It’s been blue skies all the way today, making for glorious views, a high risk of sunburn (avoided that though thanks to my 85+ block) and a certain amount of sweltering along the way. 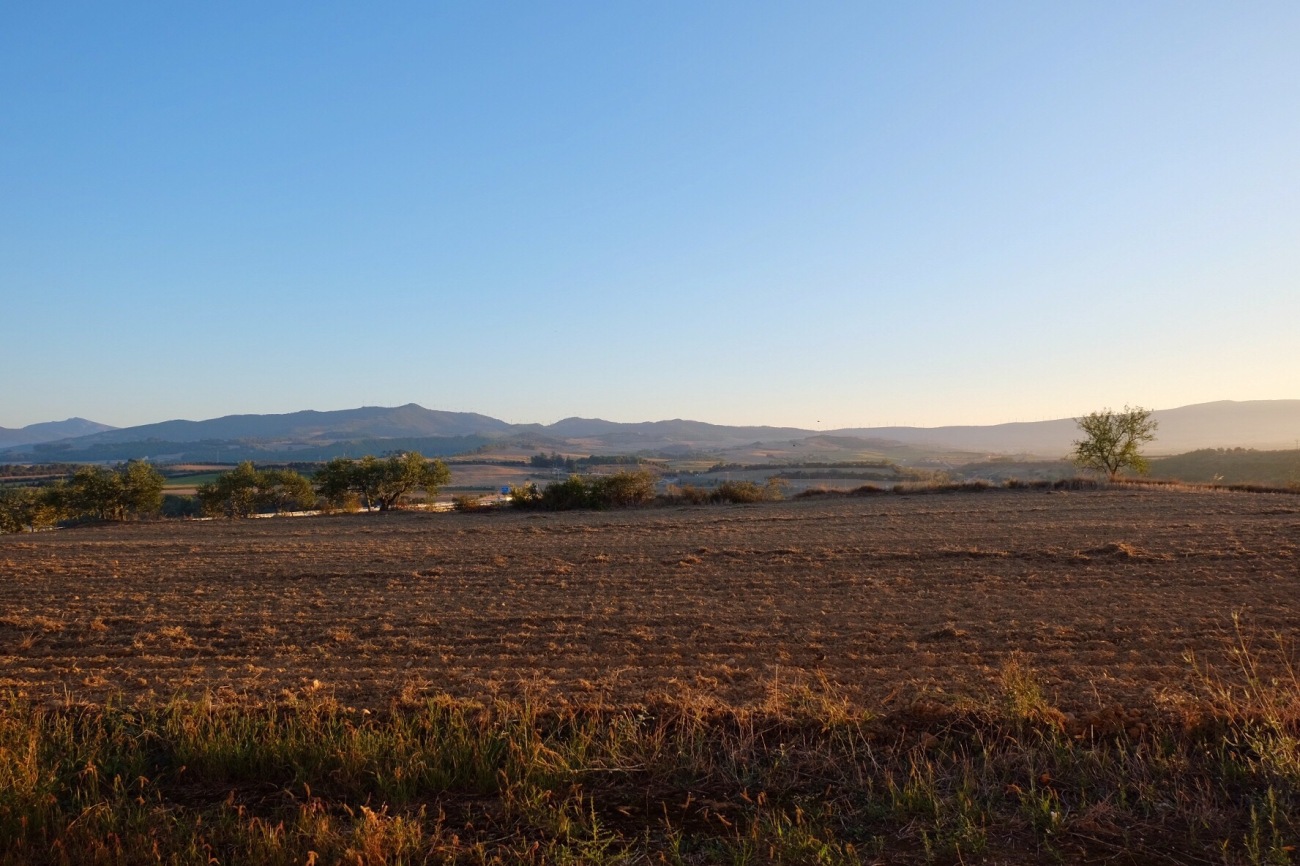 The view from our bedroom window this morning

I think we’re finding our stride now. We begin walking between 8 and 8:30, if there’s a village cafe, we’ll stop for cofffee and tortilla somewhere between  10 and 10:30, and lunch somewhere between one and two – depending on how far we are going.

Today was slightly shorter, so we got to our albergue about 1:30, which was a relief, given the heat. 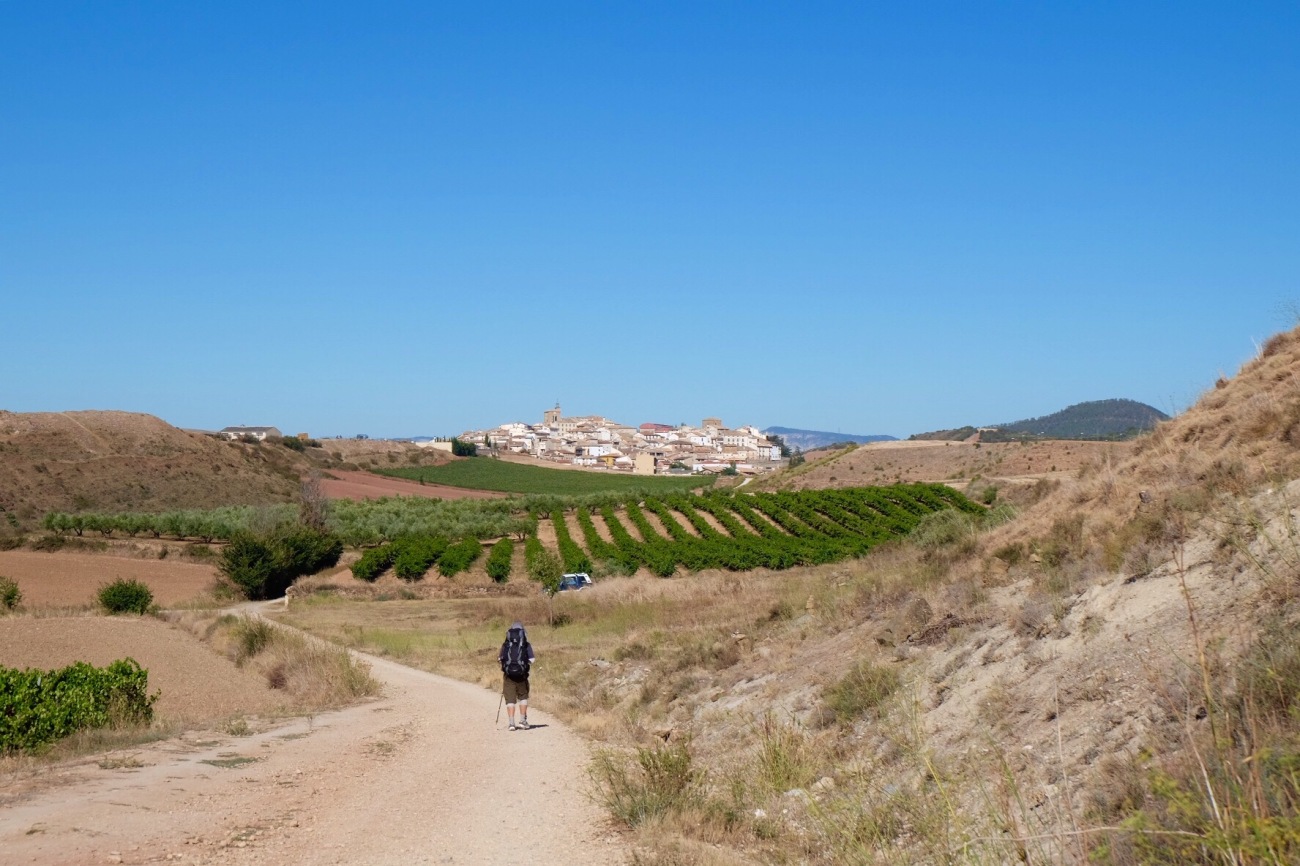 Cirauqui – a hill top village on the way

our first walk along a remnant of a Roman road,

and our first olive grove. 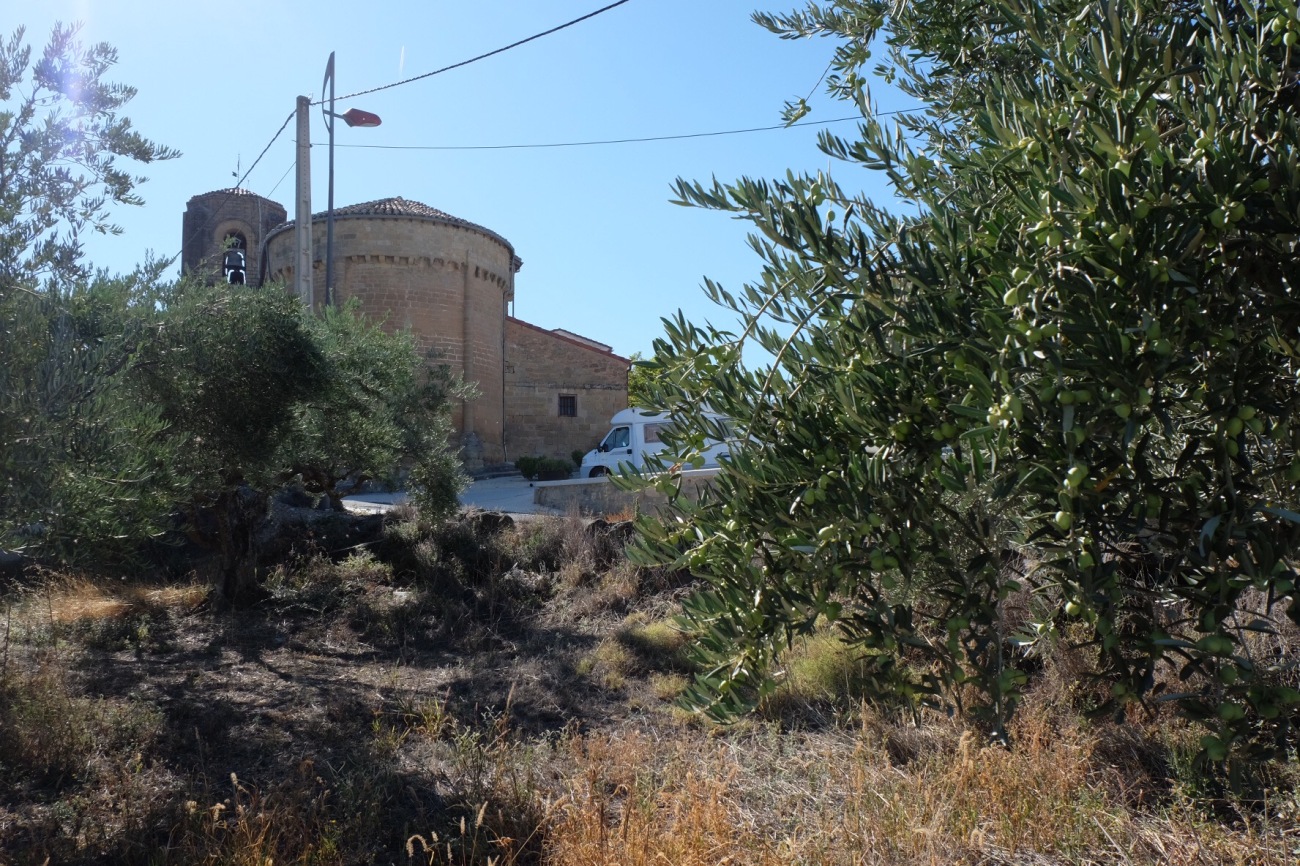 Olive grove and church in Lorca

Most of our early Camino companions are ahead of us now. Since leaving our albergue this morning we haven’t seen any familiar faces. It’s the way of it, I suppose. The trade off for us is that we continue to be injury free – which I think is because we’ve been pacing ourselves … most of the time.

Just sometimes, I can’t resist powering up those hills, and I did that again this morning. Because, confession time, it’s a teeny, tiny bit gratifying to stroll on past those who’ve written us off either as a couple of oldies or that quaint couple from the antipodes.

I’m sure the Camino will beat that out of me one way or another, eventually.

Tonight we’re in Lorca a small village near Estella. It was chaotic here when we arrived, with hot, tired, and hungry pilgrims all wanting attention. It’s much quieter now, most walkers have continued on to the next town and those of us who have stayed are refreshed and more relaxed.

We’re not sure what tomorrow will bring as we haven’t been able to secure reservations which means an early start in order to get a bed in a reasonable time.