Okay time to get a move on, to get on our way, I said. It was already after 2, total distance travelled during the previous four and a half hours: 80 kilometres. At this rate we’d be lucky to get to our accommodation before breakfast the next morning.

No more stopping, I said.

There may have been a snort, or a guffaw, from John.  But I was steadfast in my resolve.

We’ll keep going now, till we get there, I said. There, being a cottage at Whanarua Bay which, according to Google, was another two hours driving time. (Although, to be honest, that was Google’s opinion when we left Makorori earlier in the morning. We were in the land of no reception, now. Things could have have changed!)

I declared all this as we pulled out of the Te Puka Hotel carpark at Tokomaru Bay. To his credit John said nothing although that snort/guffaw may have escalated to full-blown choking, but only for a moment or two.

I remained steadfast in my resolve. We drove through Te Puia Springs without pausing. And Ruatoria only got a nod. We made progress for twenty-three contented minutes.

Hey look at that mountain, I said. Wait! That’s gotta be Hikurangi. Stop the car.

If you conclude that there was laughter, lots of it, from the driver you wouldn’t be far wrong.

But hey! It was Hikurangi. The spiritual mountain of the Ngati Porou. The first place to see the light.

How long do you think it would take to get to the top? I asked. To be fair, I knew this was a silly question. I did know getting there would probably involve a long walk and a night in the bush.

We haven’t got the time, or the gear, John said. 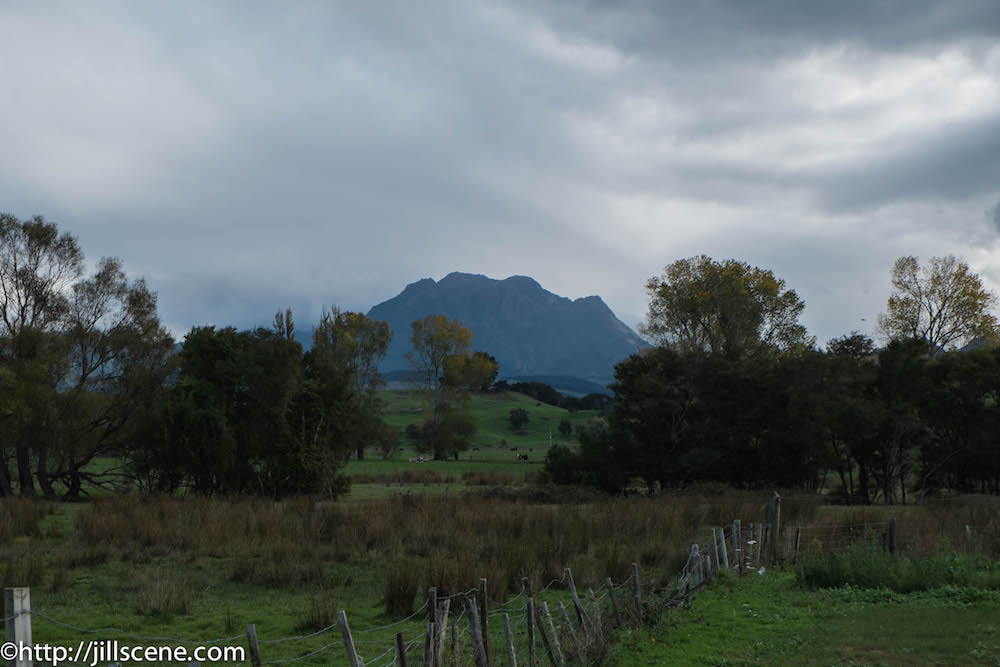 And it didn’t slow us down much, five minutes at the most. After which we managed another half hour of solid, non-stop driving.

Until we came to St Mary’s Church, Tikitiki. Anyone who has been there will know it’s a compulsory stop. There’s a monument to Sir Apirana Ngata in the grounds. And the church is is watched over by the lone soldier memorial I mentioned when I told you about our visit to C Company House in Gisborne.

Sadly, the church was locked – a sign of the times, I suppose. Given the constraints on us it was probably a good thing. I do remember the interior from a previous visit some ten years ago. It’s very ornate, with beautiful Maori carvings. Now that I have a camera I might have found myself unavoidably delayed. For those who are interested you can check out photos on the NZ History site.

On the road again, I repeated my postprandial exhortations: no more stopping.

At the turn off to East Cape itself I merely waved at the signpost. The road’s shingle, John reminded me.

We can’t be taking a rental car down there, I said.

There may have been a hint of regret in my voice, or a generous dollop, that would depend on who is telling the story. As it happens I’m the one of the charge of the keyboard so we’ll settle for the merest hint of regret. And who can blame me? A road trip around East Cape is an incomplete road trip without a visit to the Cape itself.

We’ve been there before, said John.

I remembered those 700 steps up to the lighthouse.  I told John, We know we can get up them. We don’t have anything to prove on that score. (Although, or course, my trainer might have a different opinion about that one!)

So happily convinced of the lie that we weren’t missing out on anything, we carried on. Half an hour later, at the top of a large hill, John said, Look, there’s Hicks Bay.

No stopping, remember? I said. We’ve been there before. Not much will have changed, I said. But, oh, I wish I could have checked out the ruined freezing works. Just to see whether that really was where Sydney Bridge Upside Down was set.

Both of us gazed regretfully down on the Bay.

On and on we went. On our way to Whanarua bay. The few cars became fewer. The logging trucks, which earlier in the day had been numerous, were no longer a problem.

It was almost the golden hour as we approached Ruakokore –  five minutes from our destination. But we had to stop.

Built in the 1880s, Christ Church tells a lonely story – the story of people holding to their traditions, to hope, to the things they brought with them, twelve thousand miles. It’s lovingly maintained.

And it’s open, for those who wish to pray.  But, you might have to contend with a strong fishy smell. A notice near the baptismal font apologises – there are penguins nesting beneath the sanctuary. 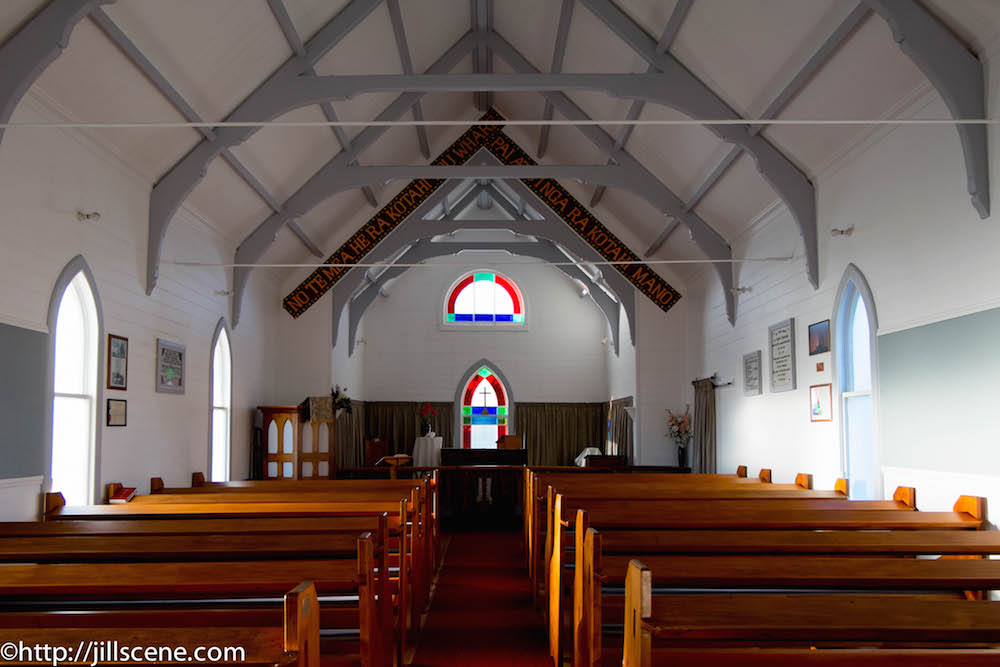 When you’re on a road trip, how do you figure out when to stop and when to keep on going?

Remember, you can check out more posts from Photo101 Rehab.