Ah, humans, announced a woman who was walking her dog, when our paths crossed at Whanarua Bay.

Perhaps her fox terrier required an explanation. Or perhaps she, herself, was shocked to see us. People are few and far between in this part of the country, especially during the late autumn and winter.

When we arrived the night before the key to our cottage was in the door.  And later, when the weather turned bitterly cold, a heater appeared on the porch. From where? We weren’t exactly sure.

My usual strategy of settling down with phone or laptop at a new destination and researching the “must-dos” didn’t work on this section of the road trip. There’s no cell-phone coverage. We hadn’t had any since we left Makorori for Tolaga Bay and we didn’t get it again until we got to Opotiki, two days later.

This scotched my plans to tweet our adventures but it didn’t matter. Without texts and emails and tweets and Facebook updates or Instagram alerts the world is a peaceful place.  Instead, we talked and dreamed, we read our books, we ate and walked and ate some more, and listened to the birdsong. Tuis sang all day and at night morepork cried in the dark.

For those who know John you’ll understand my confession: now that we were without access to Google Maps, I timed how long it took for him to remark about the need for maps, paper maps in particular.

And sure enough as soon as our bags were in from the car, the food transferred from the chilly bin to the fridge and we began to think about the next day he said, with as close to a self-satisfied smile as he ever gets: In New Zealand you still need a paper map.

It was thirty minutes since we’d pulled in to the driveway.

Ours for a couple of nights and it’s official, I have cottage envy!

Whanarua Bay beach is a five minute walk along the road from the cottage. We had it to ourselves on both visits.

In the evening, on our way back to the cottage, we encountered the lonely dog walker again.

Have you been out walking all day? she asked.

Oh, yes! I claimed, but I didn’t manage a straight face.

You’re jesting, she said and I was. Between our early morning visit and watching the sunset we drove to Waihau Bay for lunch. 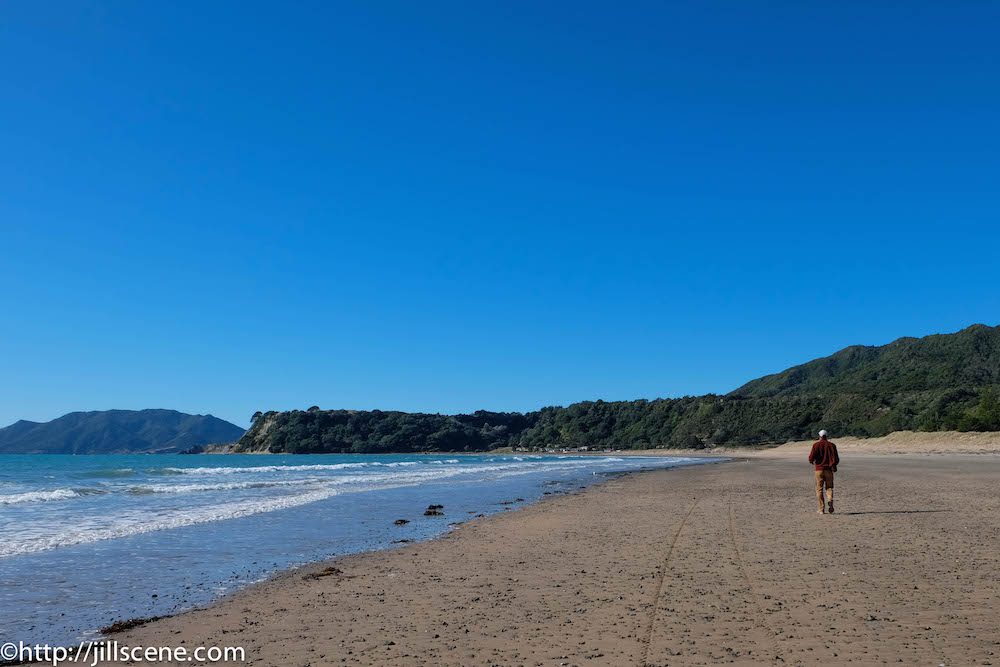 The canoes, Te Arawa and Tainui, made landfall near here after the journey from Hawaiki, more than six hundred years ago.

The proprietor at the cafe happily made us fish and chips. We were her only customers. No one comes here at this time of the year, she said. It’s too cold. And she looked at us as if we were a sandwich short of a picnic, which we were, that was why we were ordering the fish and chips.

They were delicious. The sort of delicious you get when they’re laced with sea air, seasoned with a smattering of sand, and eaten straight from the paper while perched on a log.

But like all good kai (food), a cuppa enhances the experience. We took a vote. It was unanimous. We set off to the Waihau pub, only five minutes along the road.

Four dollars bought us a large pot of tea which we lingered over, enjoying the view and the singing from the happy staff. The only other patrons were a couple on a busman’s holiday.

Are you retired? they asked.

I was a bit bothered by this question. I know I’m getting old but I don’t look that old, I complained afterwards.

It’s a compliment, John said. We must seem very relaxed.

Perhaps he had a point. I have to say that if retirement means getting to spend a lot of time in places like this it would be all right. More than all right. 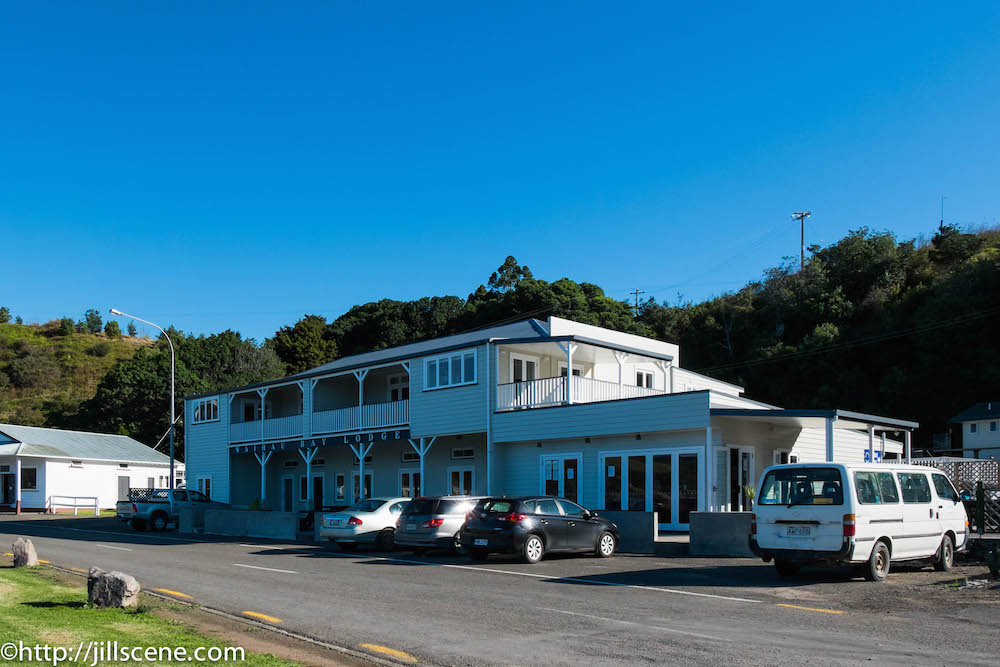 Waihau Bay Lodge (aka the pub)

We were at the beach. The sun was shining. The water was calm. There was no wind. And it had warmed up a little. There was one other must do culinary event for the day  – an ice-cream in the cone. We ate them gazing at the view. The light was perfect. The blues of the sea and the sky vivid. 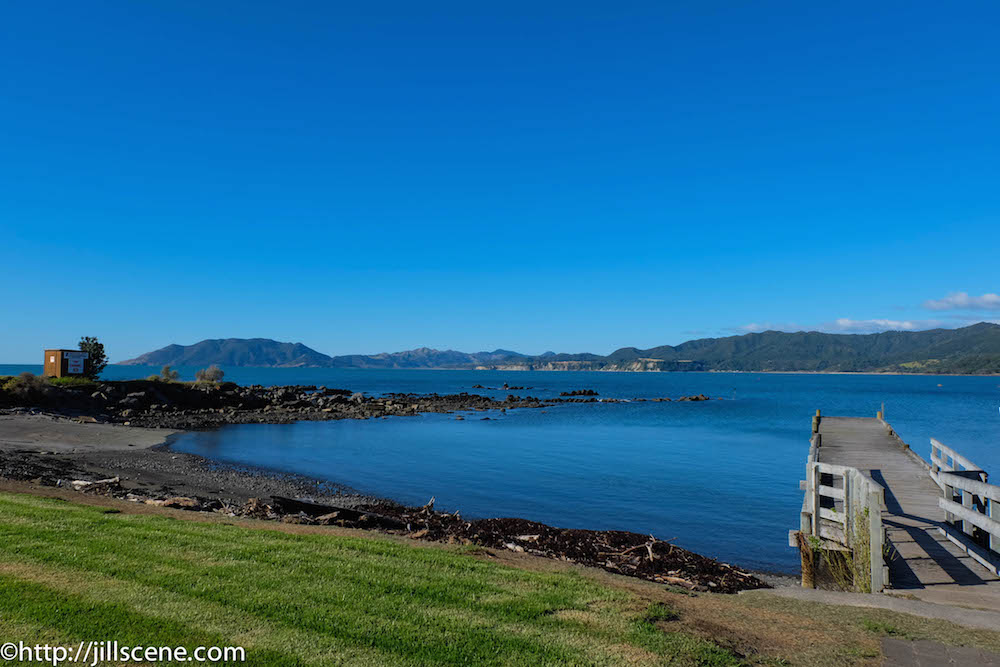 The wharf at Waihau Bay. Cape Runaway is in the far distance.

So, tell me, which do you prefer – the isolation of the beach in late autumn or the bustle and activity of summer?