When I stepped onto the local bus from Oudamxay to Luang Namtha in Northern Laos it looked full. I gesticulated my question and several of my fellow passengers smiled back at me and pointed out the last two empty seats.

No doubt we’d been watched as we arrived and they knew I wasn’t travelling alone. (John and I had worked out a system by then – John’s job to check that our luggage was loaded, mine to find the seats.)

If I thought the bus was full I was wrong. More and more people climbed on board. By the time we left there were people sitting on low stools in the aisle, others stood in the small stair well by the door, and a family shared the front seats with the driver. He drove almost the entire trip while a woman slept leaning against his shoulder.  Our learning for the day: When travelling on the local buses in Laos there is always room for one more. 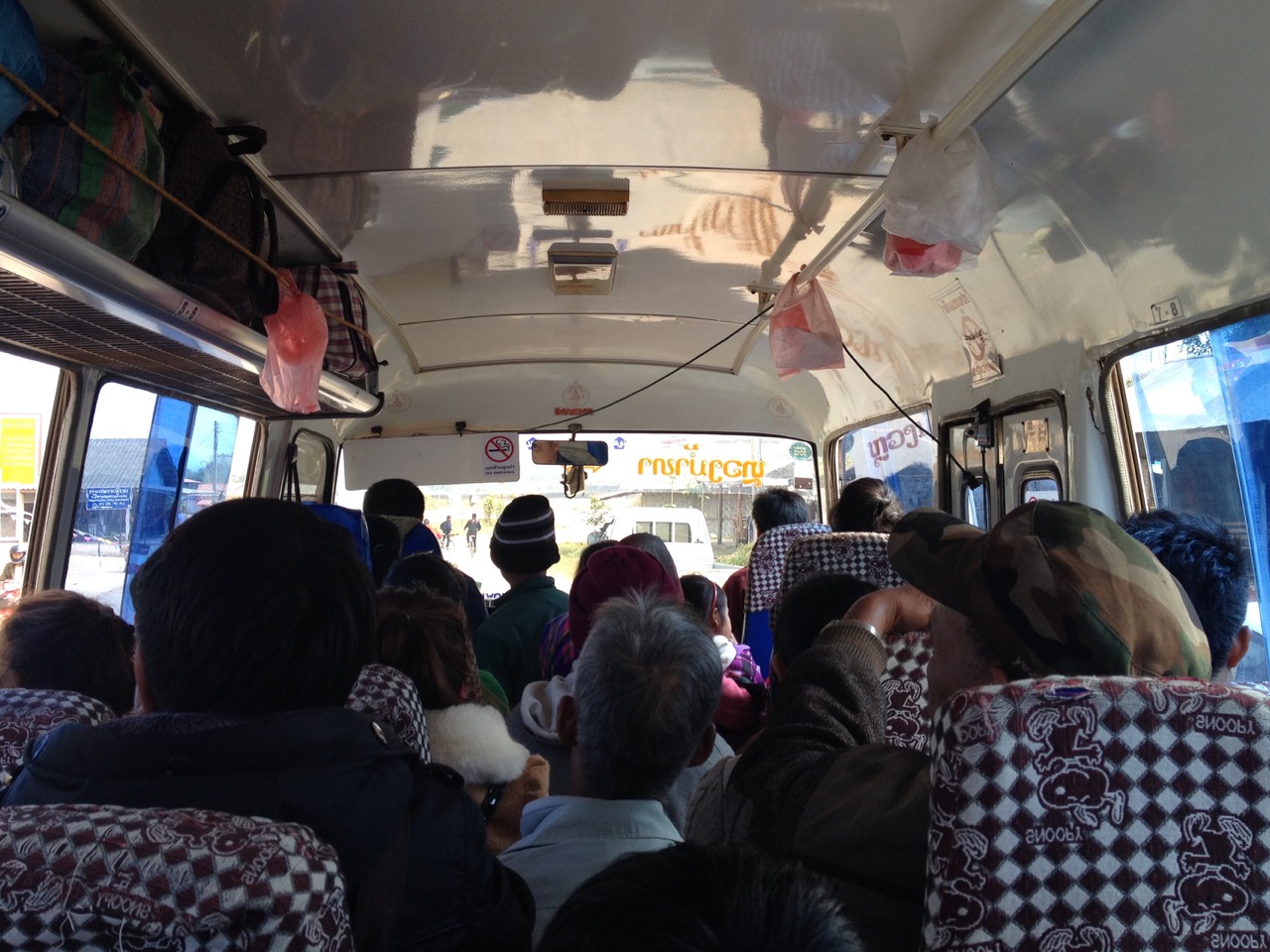 Passengers on a typical local bus. This photo was taken on the return leg – from Luang Namtha to Oudamxay

Note the plastic bags hanging from the railing – they were an essential for those who could not get to a window. The buses do not stop for those with motion sickness.

Despite the cramped conditions it was an easy four hours on a good road with stunning views and very few potholes!  This road is part of  an important trading route with China and Thailand which might account for its relatively good condition. We were told it was resealed seven years ago.

Most of the locals got off the bus in the Nateuy region, at a village on the junction of Route 3 and Route 13 – Route 13  takes you to China, only 15 minutes away by car.

For the last thirty or so kilometres we had the luxury of room to spread out. Only tourists, there were three of us, continued on to Luang Namtha.

Although, according to the Lonely Planet, Luang Namtha is only slightly smaller than Oudamxay (population of 21,000 as opposed to 25,000) it seemed much smaller and quieter. And it has a more tourist-oriented infra-structure. The main street is lined with Guest Houses, restaurants, and Tour companies. The latter book treks, kayaking adventures and home stays at local villages. 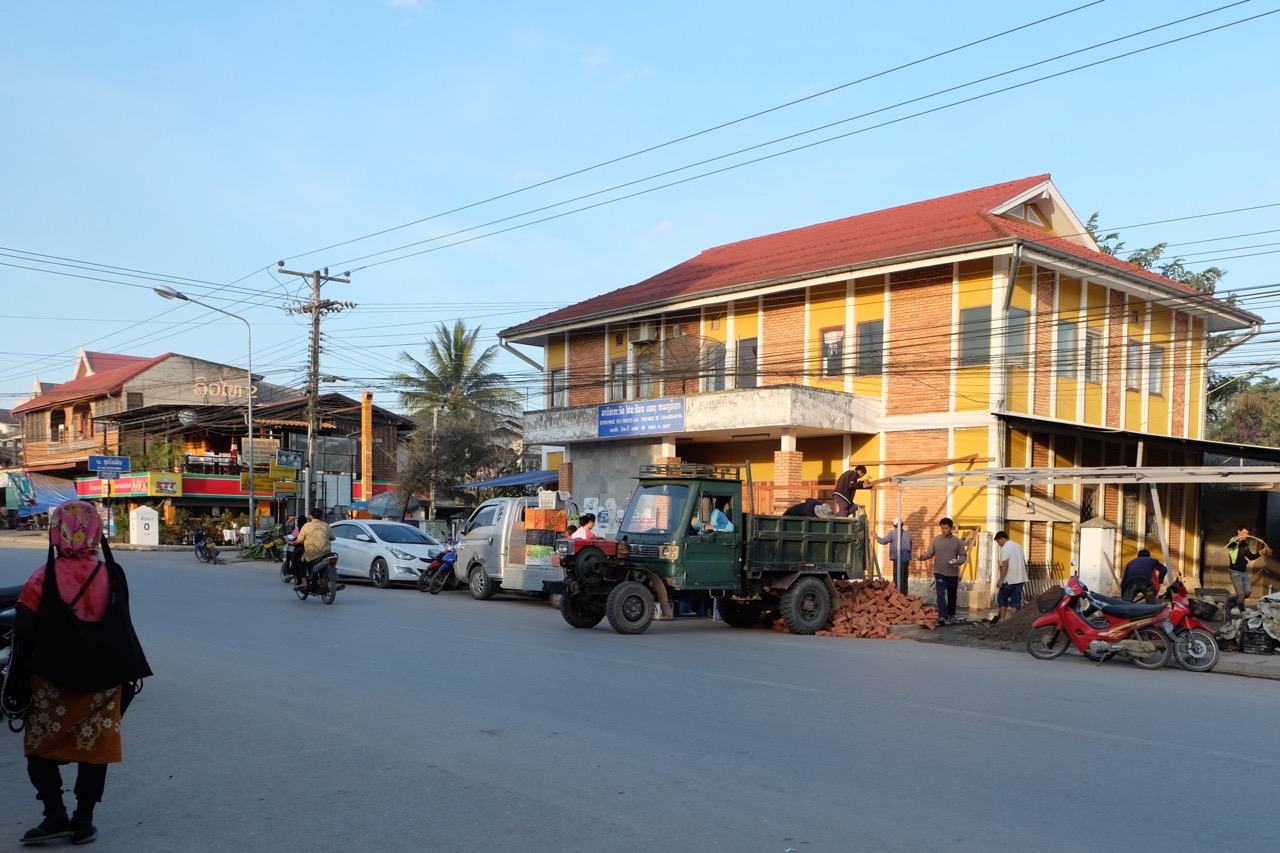 The main street in Luang Namtha

It was over a week since we had last been in a tourist town. The immediate advantage was that the range of foods available increased significantly from the noodle soup and stir fried rice which had been our staples.

Our Guest House had a very good restaurant. Their green chicken curry was so delicious I had it twice in three days! 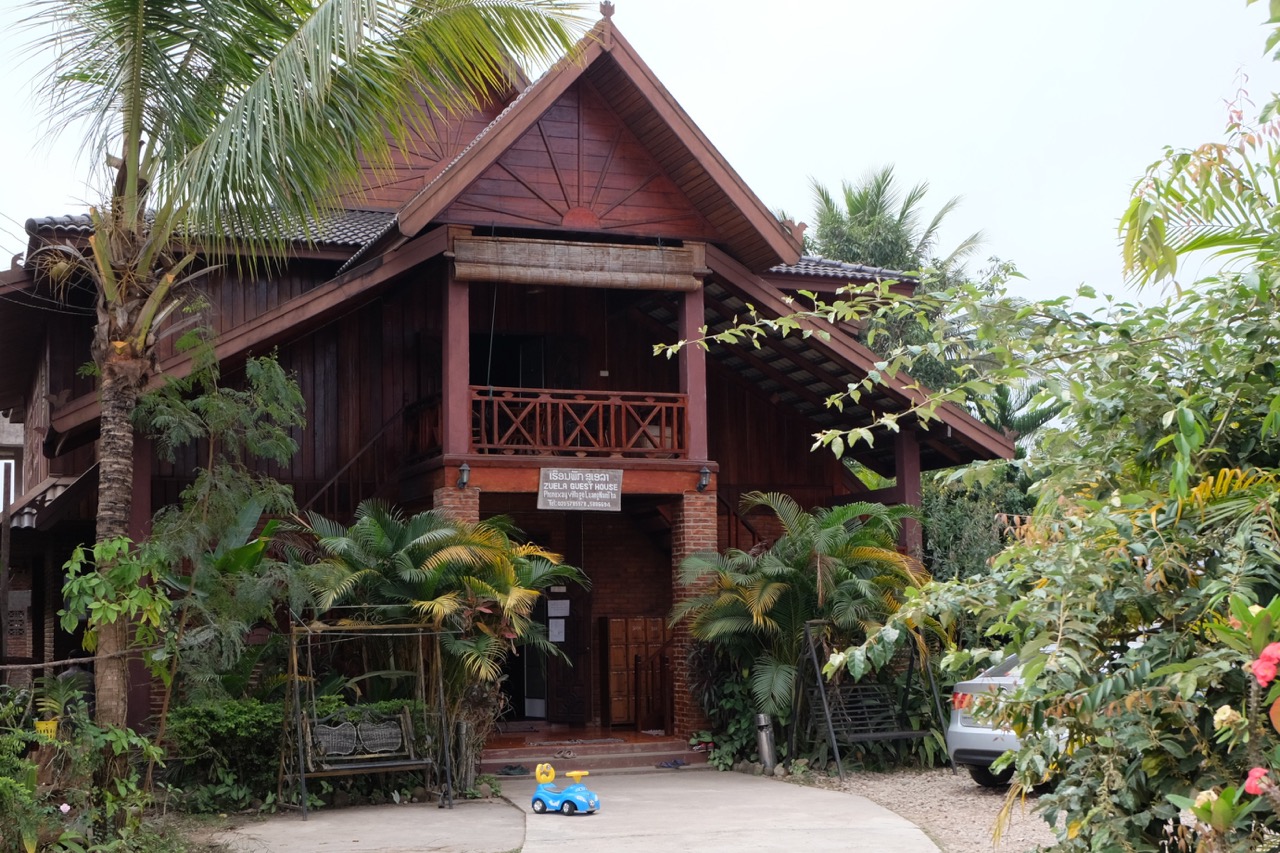 The down side was that the walls in the Guest House were thin. It was possible to hear word for word the conversations, even those in hushed tones, of our neighbours. Most people were so weary from their activities this wasn’t a problem. But there’s always one, isn’t there? And we had a room next-door to her. Although not really that noisey, she was oblivious to the fact that her voice carried. I know rather more about her life and her relationships than I would like. At 1 a.m. she finally worked it out when I, in a not so quiet voice, wished her 1000 crowing roosters at 4 a.m. Ahhh – the bliss of silence and the return to a deep sleep – until my wish for her came true, and that meant for us too!

But before all of that we did what we usually do when we arrive in a new place – go for a wander so as to get the lay of the land. This time we found a little reminder of home. I was proud and homesick all at once. 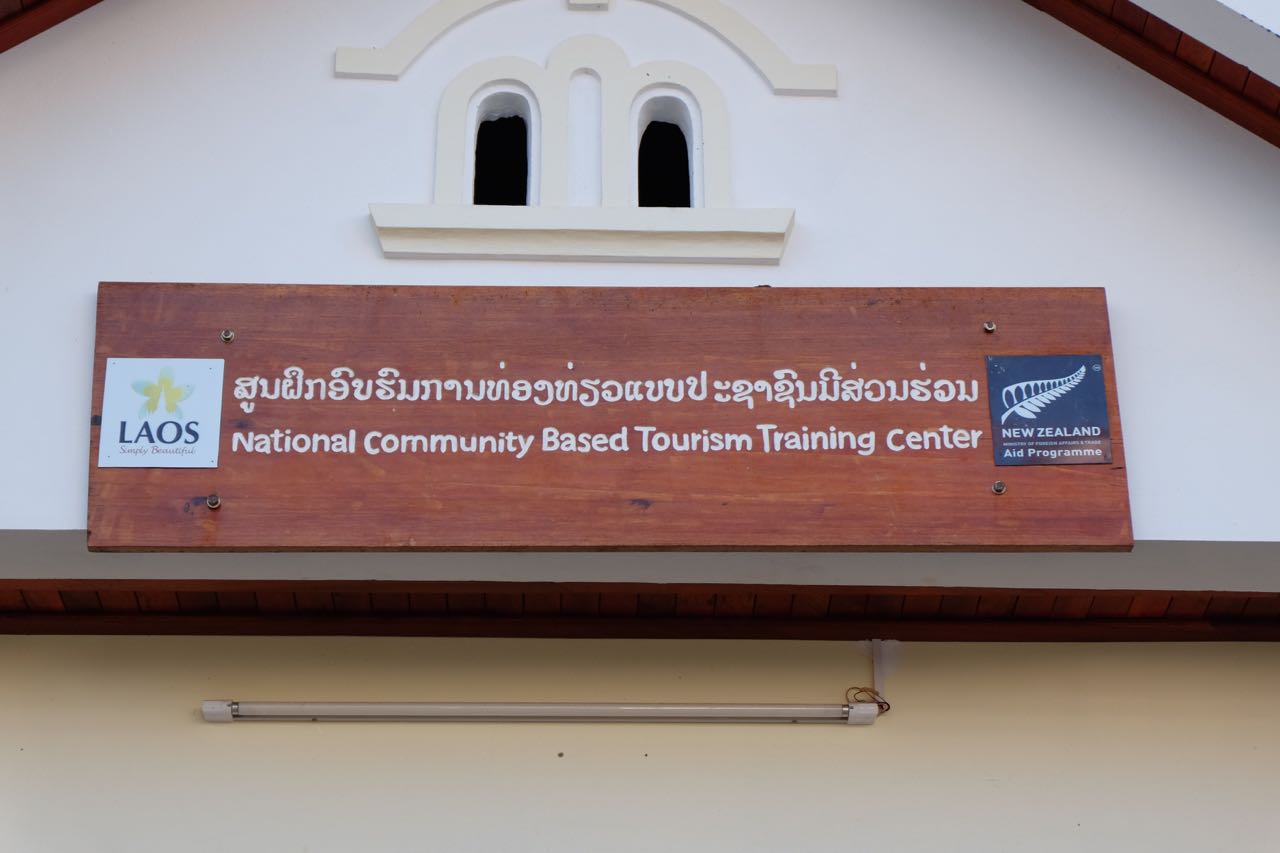 A reminder of home!

The tourist centre was small. It had some very helpful information about the region, the surrounding ethnic villages, and the attendants spoke English.

On the main street this post box took pride of place. 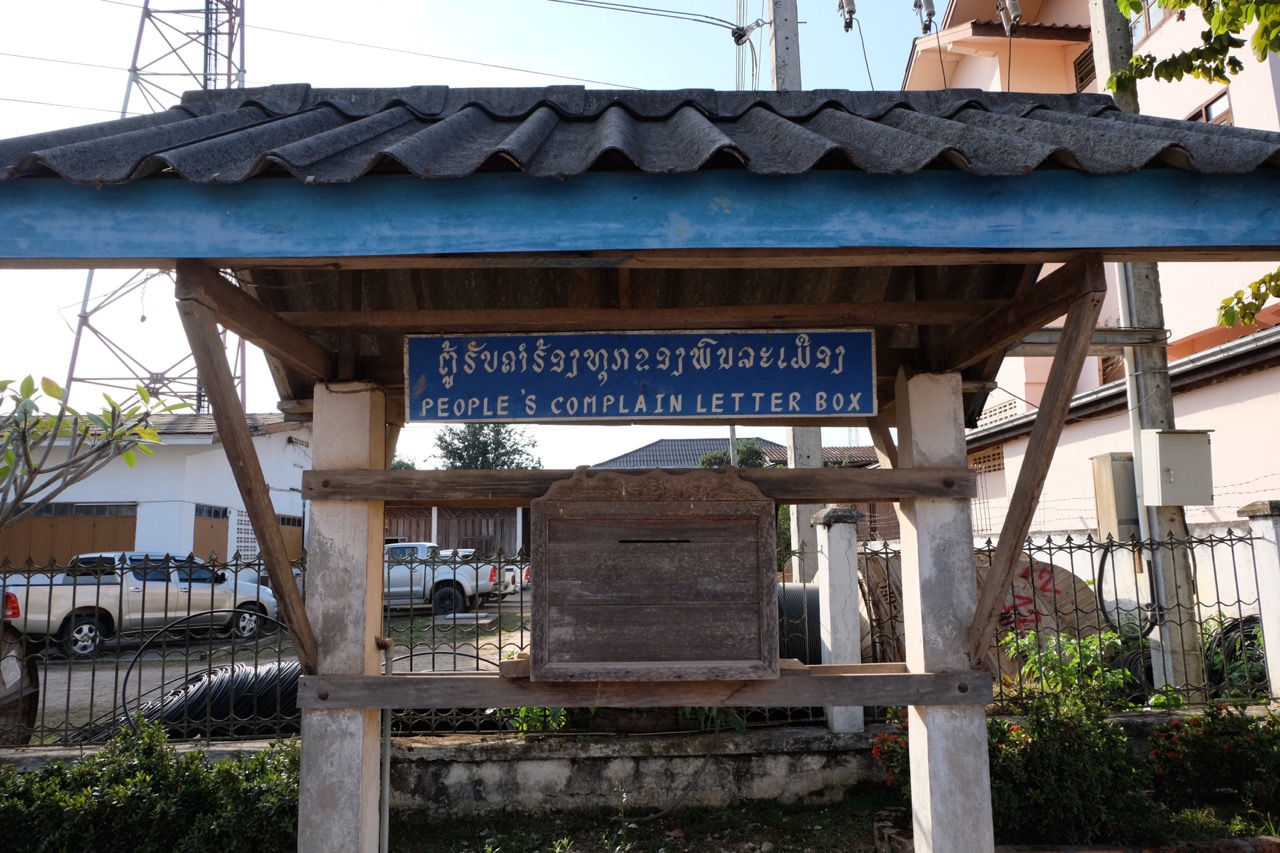 I wonder whether anyone actually uses this?