Day One : Art Deco To Gumboot Capital of the World.

Instead of going troppo we’ve gone over The Annie to the Gumboot Capital of The World.

Why? Because  we can. Because it’s off the beaten track. And, most importantly, it’s a road like no other. And it’s only day one. We’re on our way to the Forgotten Highway.

We lunched at the Kuripapango car park.

The ridge leading to Kiwi Saddle

We had the place to ourselves. Our sandwiches were scrummy, creamed cheese, date and walnut!, the air refreshing, the temperature brisk. This is the life, I tell John.  We take in the view.  It brings back memories. In my glory days I climbed that ridge, all the way to Kiwi Saddle Hut. Yep, I really, really did. And John’s a veteran of four Kaweka Challenges. Those mountain marathons begin with a run up that ridge. Just as I was about to concede the mountain goat award company arrived. 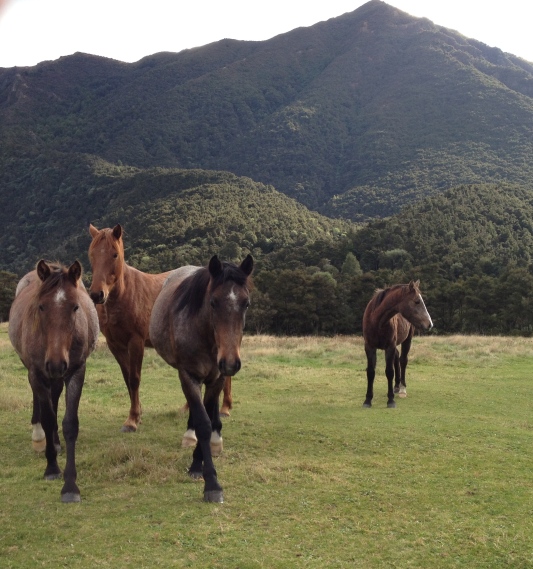 These guys didn’t understand the word shoo! No, not at all. They thought it meant “Come-on Over”.  There were more of them than us and they were a lot bigger than us. We grabbed out sammies, our rug, and retreated.

Interesting Fact One: Once on my feet it was an eyeball to nostril view.

Interesting Facts Two and Three: Their nostrils were huge and their hooves bigger.

There was no time for clicking photos. Oh, no, not at all. It was a chuck those sammies in the back, rug on top, and sidle between horses and car to driver’s seat and we’re out of there, quick smart.

We stopped only a few Ks down the road  not far from where, in Granddad’s day, the Kuripapango Hotel used to stand. There’s no sign of it now.

That ridge on the right, lit up by the sun, is the track to Kiwi Saddle Hut. On the far left is the Gentle Annie.

Now, that hill, the Gentle Annie, she’s a hill to be reckoned with.  I’ve known that since I was a girl, listening to my grandfather’s stories. He was a drover. He knew the hills of the central North Island better than most.  And the Gentle Annie had his respect. She came close to taking him out. He was coming down it with a horse and fully loaded cart when the horse bolted – the equivalent of modern day brake failure. That was one hundred years ago, or there abouts! As we crawled up  in our four-wheel drive with plenty of suspension and tons of oomph under the bonnet I thought how much times have changed and how much they haven’t. The road was sealed a couple of years ago but she still demands respect. A moment’s inattention would be disastrous. But treat her right and the rewards are great. 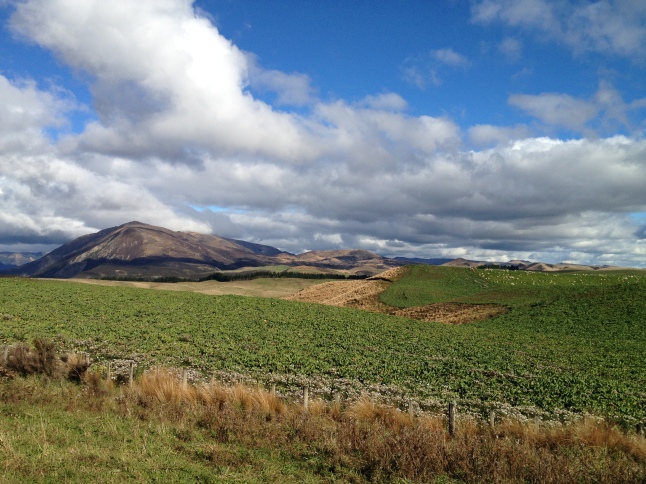 The view from the tops

Another forty-five minutes or so and we arrived in the Gumboot Capital of the World.  We stand out as passersby.  Come over the Annie, everyone asks when they find out we’re from Napier.  (Note how here the “gentle” is  dropped.) We nod. And each time there’s that flick of the eyebrow.  It’s enough.

They’re gumboot mad around here and proud of it. And why wouldn’t ya be? 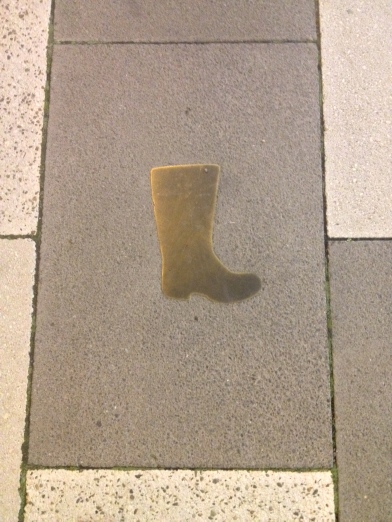 Travelling time from the Art Deco Capital of The World to Gumboot Capital: Three and a quarter hours: including two lunch stops, a meet and greet from the overly friendly locals at Kuriapaponga carpark, and three photo stops.

Sheep: too many to mention

Next Stop: Taumaraunui or  Te Kuiti, we’ll decide when we get there. The forecast’s promising.