If you’ve been following my blog for a while or had the chance to browse through my posts you’ll know that South-east Asia has featured in our travels over the last few years. Thailand is our first love, and although we’ve visited many times now we’d never been to Chiang Mai, in Northern Thailand.

On our way back to New Zealand from Barcelona the opportunity to put that to rights was too good to pass up.

It took a day or two to adjust.  Although early December is the beginning of the Thai winter period, compared to Spain it was, well, steamy. At first I sought the shade, and air-conditioning. A day trip up to the highest point in Thailand, in Doi Inthanon National Park provided some relief from the heat of the city. At approximately 2,500 metres above sea level it was pleasantly cool, even chilly. The low that morning was 7°C — we needed jackets. 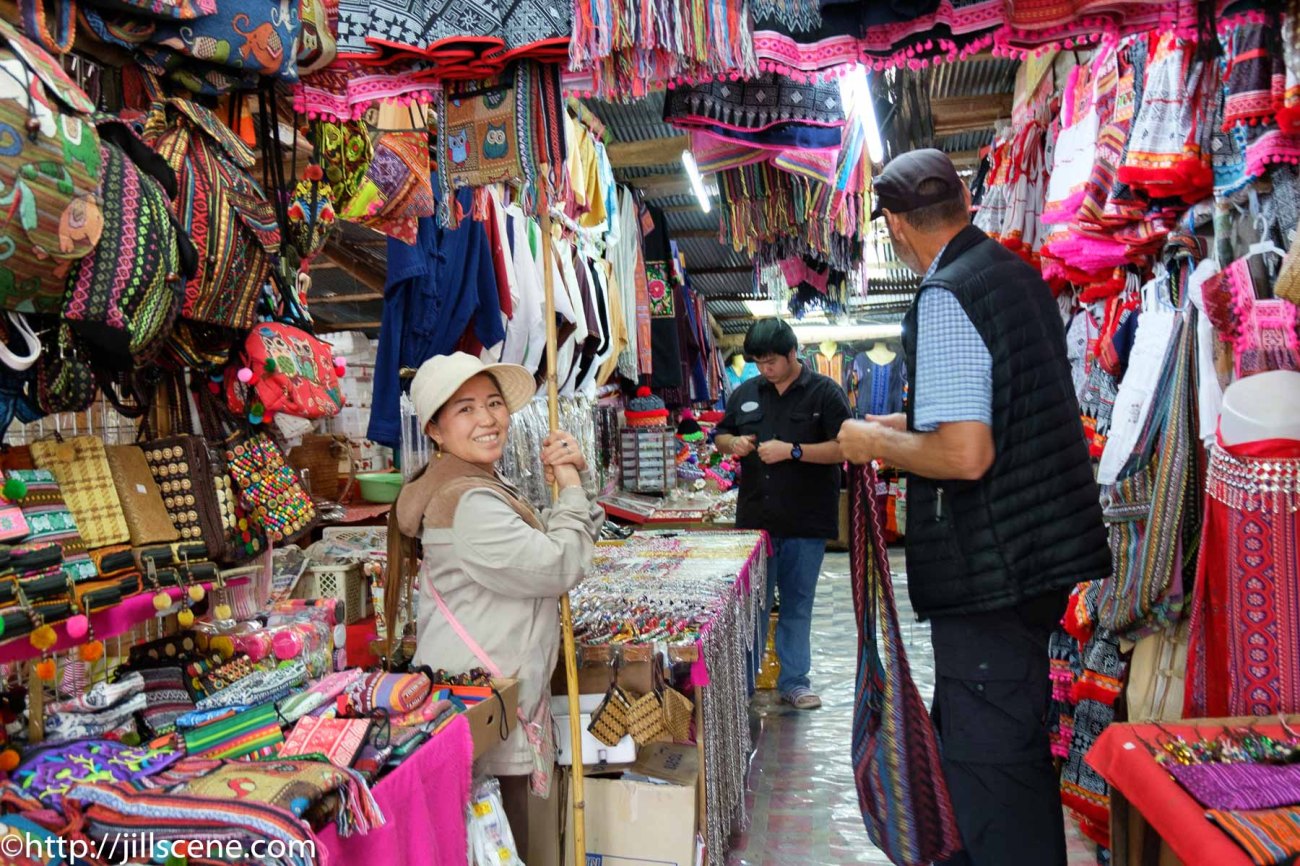 Karen Market in the hills north of the city

The seeming chaos of the traffic in the city made me nervous at first. But I knew I’d adjusted when, as I walked out into the traffic, some tourists on the side of the road squawked. One of them was  heard to say: Will you take a look at that,  as the traffic moved around me and I crossed safely to the other side.

The easiest way to move around the city was to catch a songthaew. They’re cheap, and run frequently along the main routes in the city. Although, it wasn’t always easy explaining where we wanted to go. Once, we ended up in China Town instead of at Wat Saimoonmuang. I’d been wanting to wander through China Town anyway —it just happened a little earlier than anticipated.

I’m not much of fan of Durian either. But whereas I used to find the odour overpowering, I noticed this time when I walked past street stalls selling Durian, the fruit some describe as ambrosia, I was savouring the scent. I wasn’t  brave enough to try eating it, though —maybe next time. 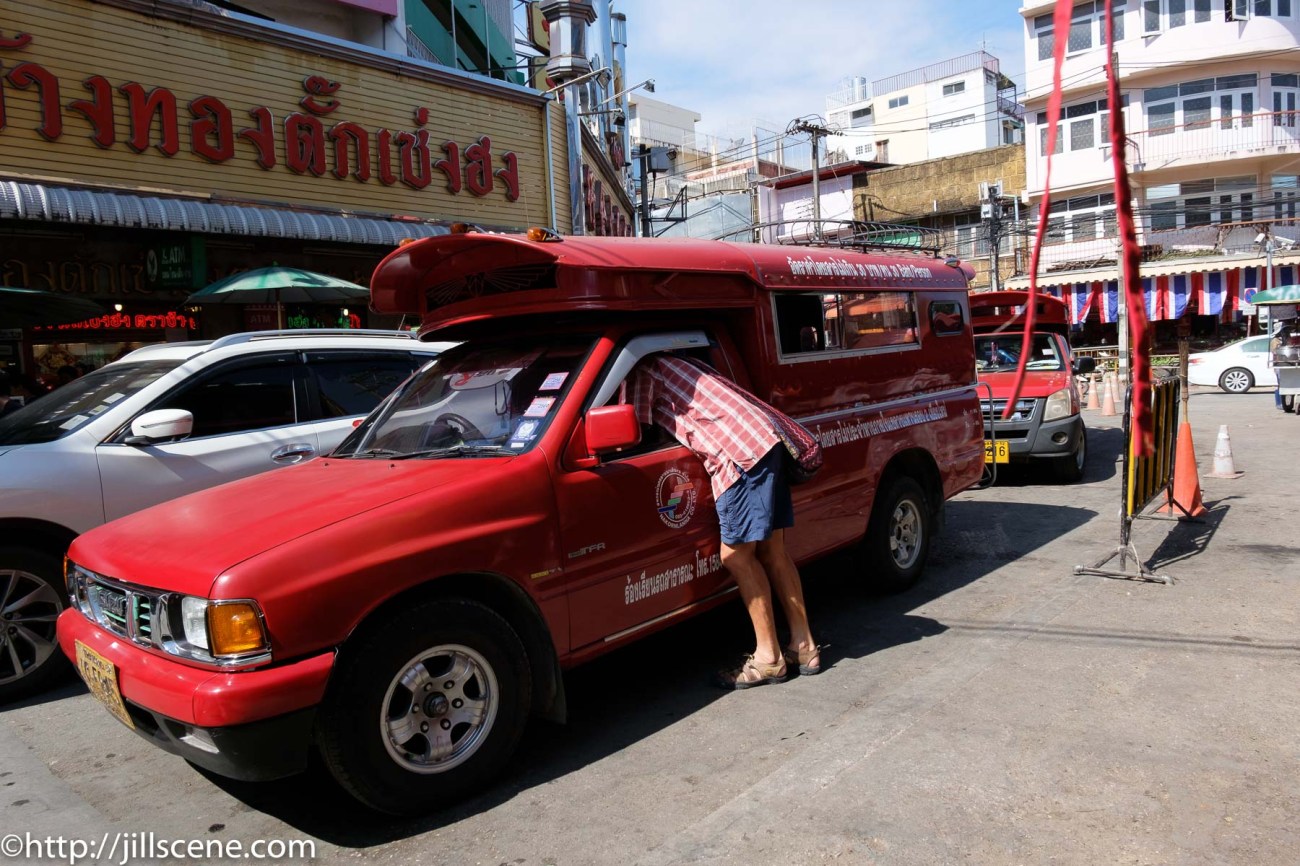 The driver of this songtaew understood where we wanted to go and before long we were at Wat Saimoonmuang. It’s a Burmese style temple and not on the usual tourist path. We had it to ourselves.

Chiang Mai, particularly the old city, is a tourist mecca. It’s easy to see why. This part of the city is crowded with temples, each of them different, all of them beautiful. There’s much that glistens and glitters.

These are a few shots from some of my favourites: 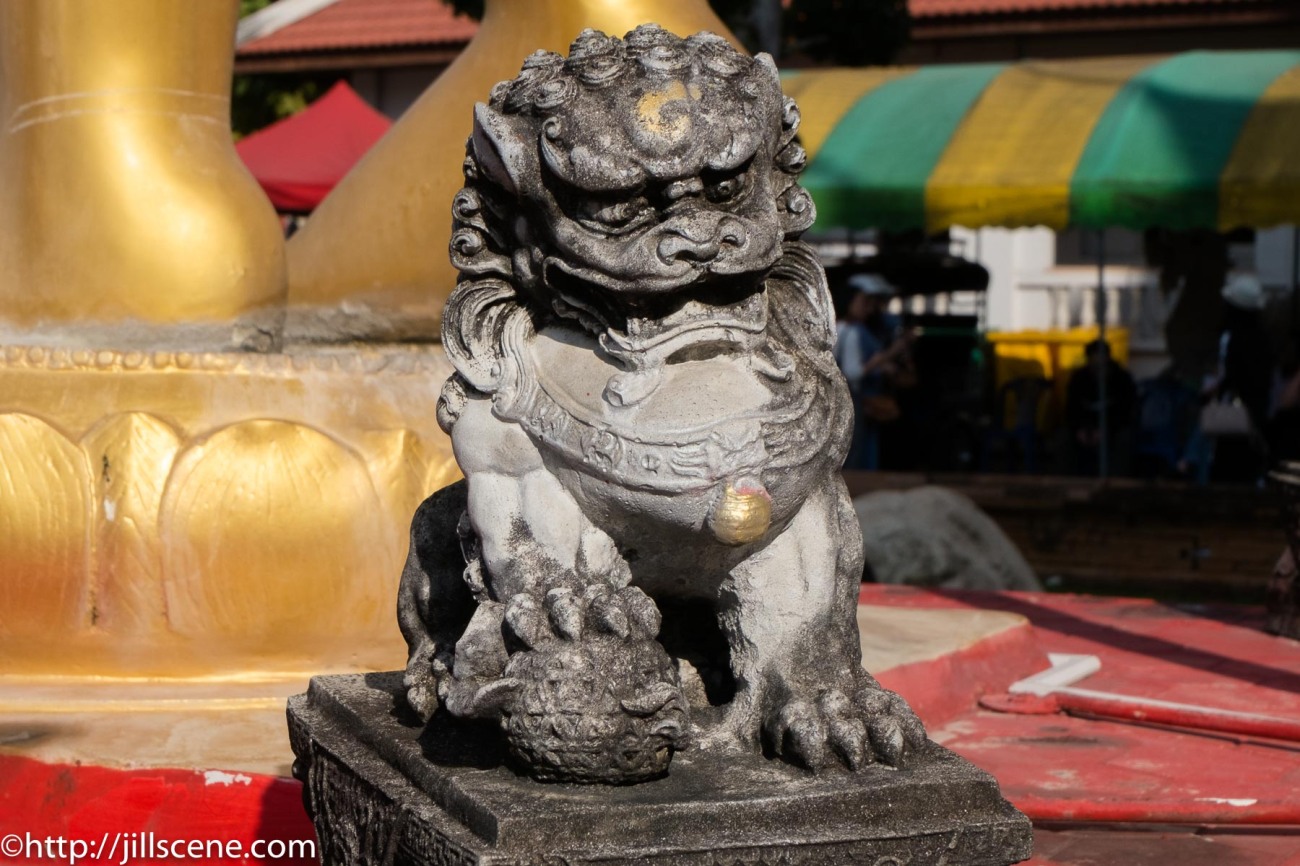 Don’t mess with him

While women may explore the grounds of the Silver Temple we are forbidden from entering the temple, itself, apparently because it’s used for the ordination of monks. I haven’t encountered this anywhere else on our travels in South-east Asia. 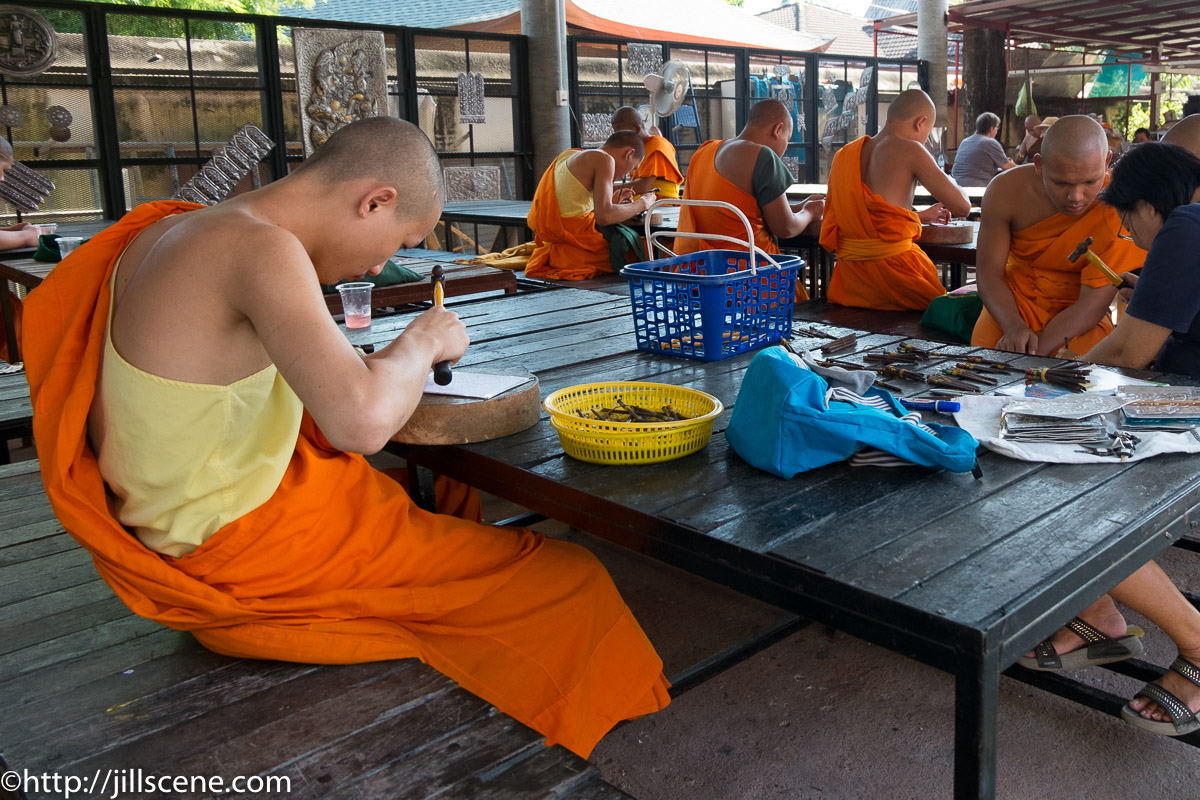 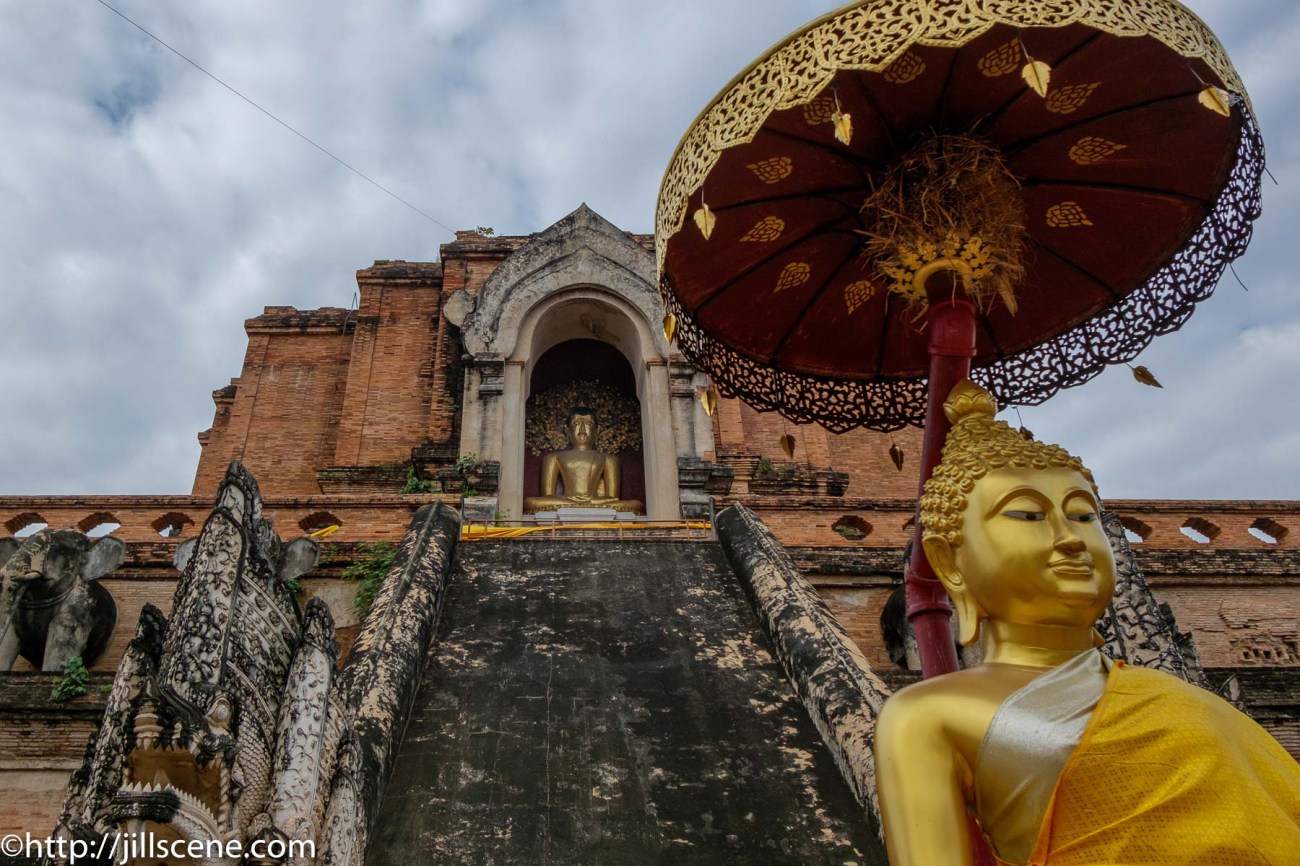 Wat Chedi Luang is one of the oldest and most important temples in Chiang Mai. It once housed the Emerald Buddha which can now be seen at the Grand Palace, in Bangkok.

We’ve been back in New Zealand two weeks. It’s almost Christmas. The streets and the shops here are filled with things glittery, sparkly, and shiny, to entice us to spend and, more importantly, to remind us of the importance of giving.

Happy Christmas to you and you and you, where ever you may be in the world.