We came to Quito for four days and have stayed fifteen.  (The only other city on our travels where we’ve  spent so much time is Bangkok.)

Although it was very late when we arrived the owner of our guest house took us up to the terrace to show us the view of the Quito.

The hush that comes with the middle of the night lay over the city. Street lights wound up the hills, the windows of a few houses twinkled, their owners night owls or insomniacs. The churches, there are a lot of them, and other important buildings were all brightly lit.

In every direction Quito sparkled with the love of life, and for me it was love at first sight. 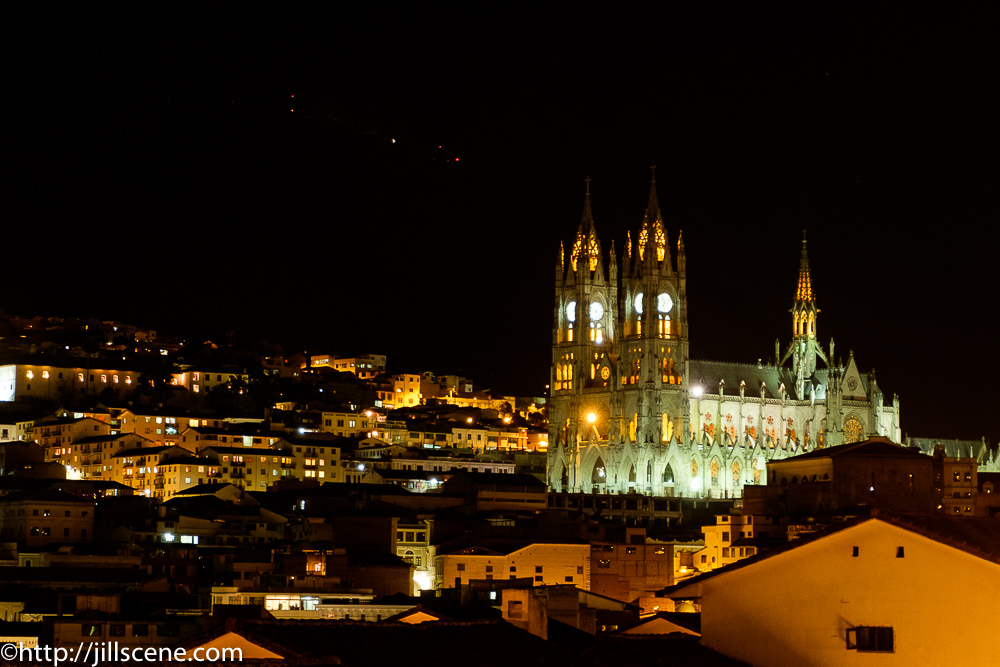 A small part of the view from the terrace of our Guest House. The church is Basilica del Sagrado Voto Nacional

That love of life has revealed itself to us every day of the fifteen we have been here. It’s summer. And summer means party time.

Music and arts events are on every corner or so it seems.

Even the president, Rafael Correa, exudes a sense of fun. Every Monday, if he’s in the city, he appears on the balcony of the Presidential Palace for the changing of the guard. He’s third from the right in the photo below. 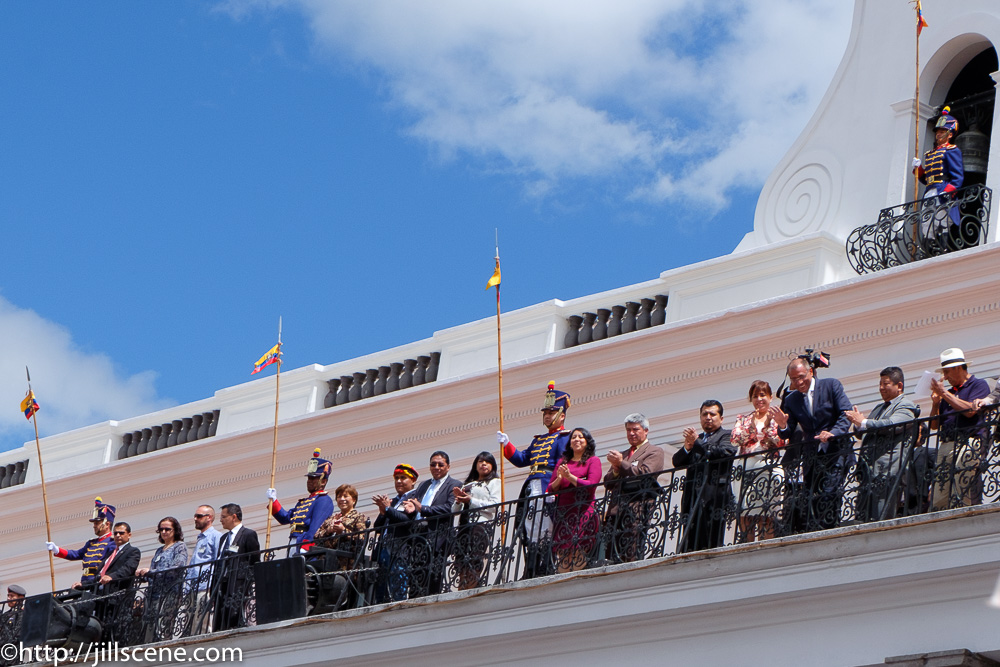 Dignitaries on the balcony of the Presidential Palace, Quito

No worrying about standing up straight for him.  It was much more important to wave to a group of school children who, by the way, were given the best seats on the Plaza to watch the spectacle. (More about this in my next post.)

The Presidential Palace, Quito,  all dressed up for Independence Celebrations

Vendors were everywhere. I think it might have been a tough crowd, 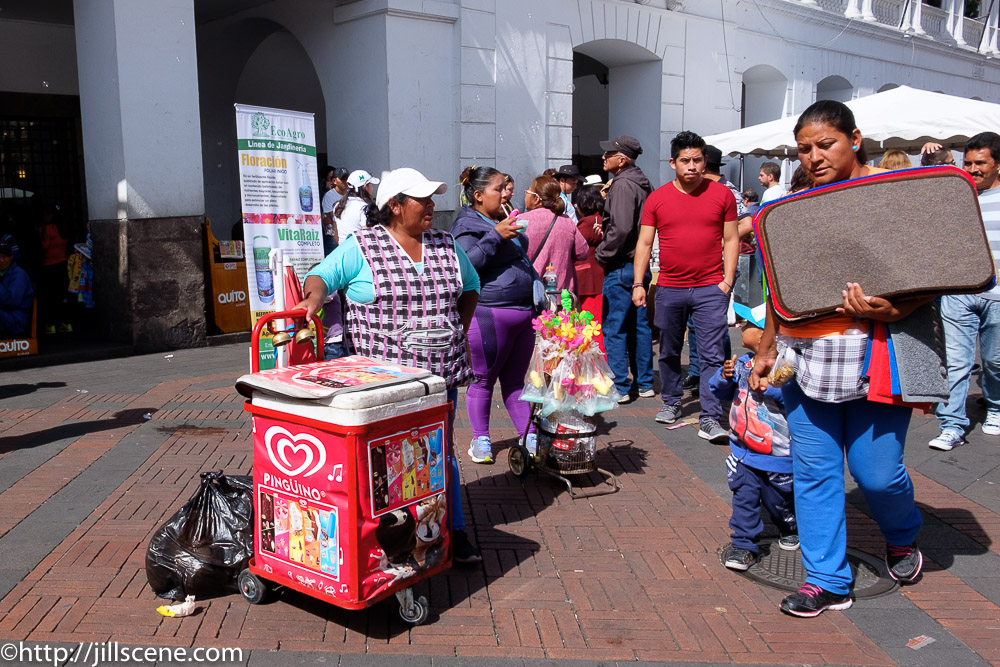 but this guy had plenty of swag! 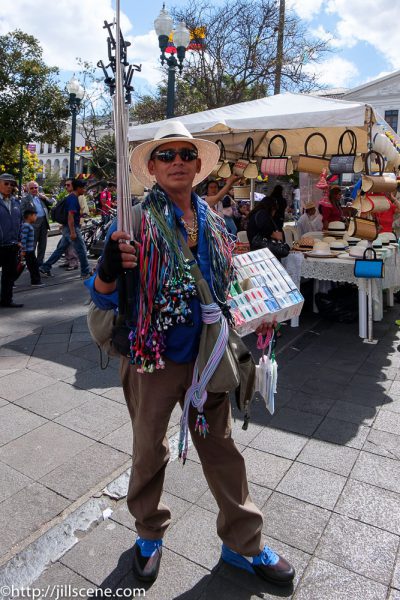 People flocked to the churches, museums, and other significant sites. Entrance was free for the day so they often had to wait in long queues for their turn. No matter whether they were seventy or seven, they listened intently to the guides who explained Ecuador’s history and Quito’s geographical and political significance. (More on that another time.) 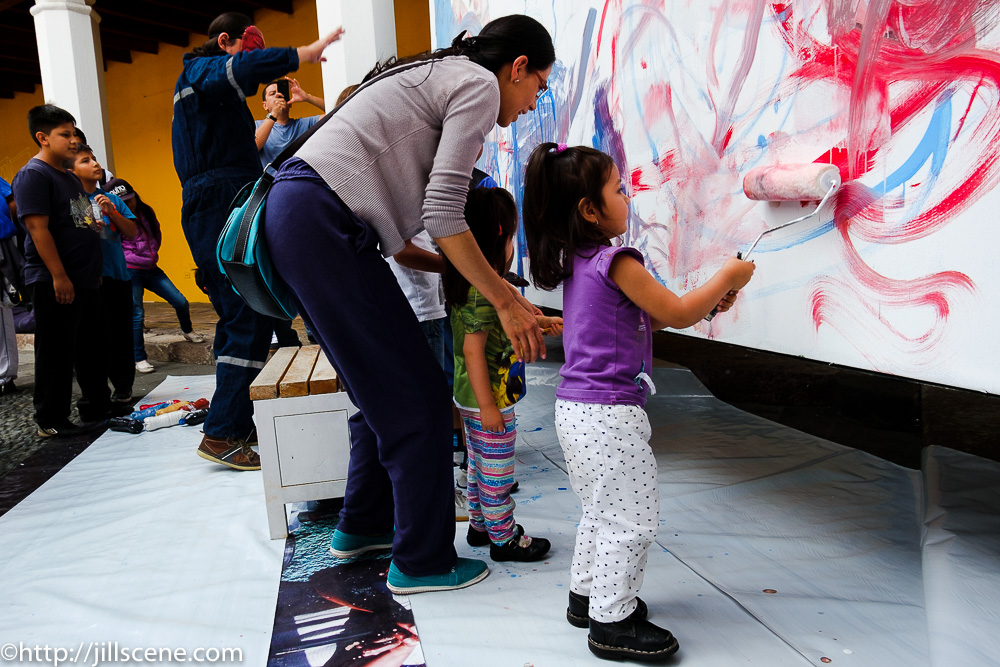 It’s all about participation

As for John and I, we hit the road again on Monday.

I’m going to miss this place.

We’re heading north, into the Amazon.

There’ll be no Internet. There will be Tarantulas and Anaconda but I’m not scared. (Much!)

Leave a Reply to prior.. Cancel reply