Street photography – thinking on the page

If you’ve checked out my About Me page you’ll have seen that I reference an old Maori proverb:

What is the most important thing in the world?

What’s this got to do with photography? And travel photography in particular?

Simple: it’s no accident that when I’m travelling a large part of my time is spent observing the local people, trying to find ways across the cultural and language divide. And then trying to grab shots that tell a story about those connections. 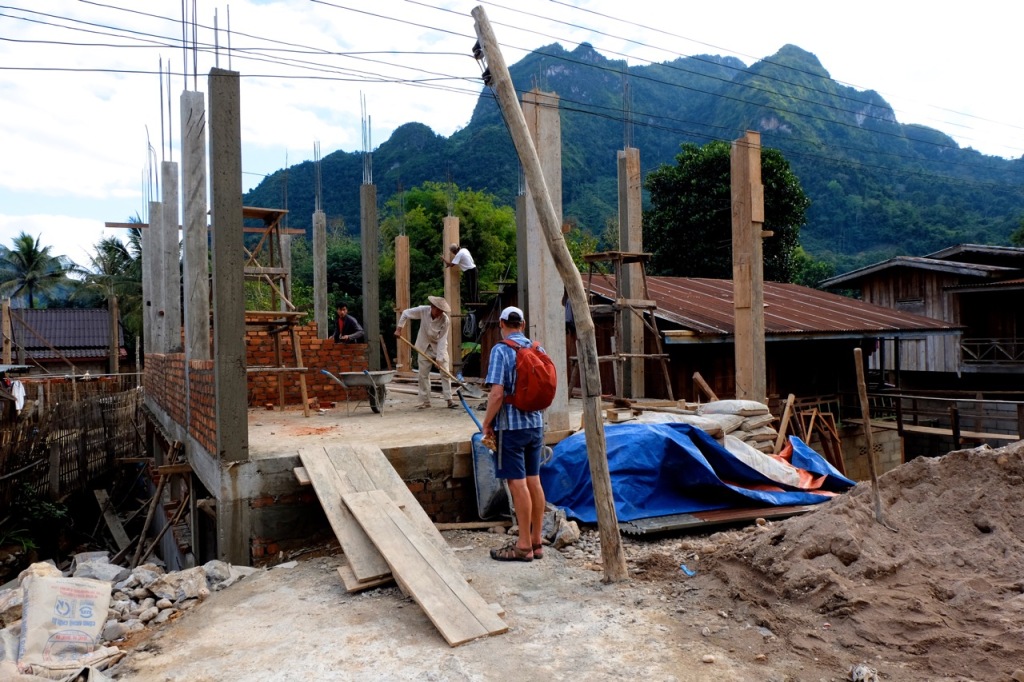 John, in Nong Khiaw, thinking about construction at home

As a consequence, of all the travel blogs in the blogosphere (and there must be millions of them) those that tell me something about the people – locals, fellow travellers, and bloggers themselves – interest me the most. A current favourite is Without an H. He posts a lot of photos about people in places I’m hoping to visit.

A couple of weeks ago when Cheri Lucas Rowlands put up the post Perspectives on Street Photography,  which explores different points of view about the evolving field of street photography,  I read it closely.  What’s the issue, you might wonder. Street photography happens outside, in public places.

It’s not that simple.

One contributor suggests that ethics preclude any photos of children unless their faces are obscured. Some of the contributors argue the case for the surreptitious photo, others prefer the direct approach.

Hmmm … it seems it’s pretty difficult to get it right … maybe it’s always like that when it comes to ethics.

In Northern Laos when villagers discovered that the young man travelling with us was our son, they always reacted with broad smiles followed by much gesticulating. For a moment or two we were all simply mothers, fathers, sons, and daughters.

Often those same villagers invited me to photograph their children. And it wasn’t unusual for children to pose for photos of their own initiative.

I’ve shared two of those photos on my blog. In both instances the parent is either in the photo themselves or nearby but out of the shot.

There’s one photo I haven’t and won’t share. We were visiting a village. It was late afternoon. A girl, two or three years old, was having her bath in an old paint pail. Outside. On the street. I smiled, waved a greeting and walked on without taking a photo. When I passed by again, about quarter of an hour later, her parents called me over. They had kept her in her bath until I returned – they wanted me to take her photo. I did. And the photo is great. It tells a lot about life for the girl and her family. In case you’re wondering, there’s no nudity. But the photo crosses my line. I think the girl is much too vulnerable, whether her parents are nearby or not, for me to share it.

On his blog Joey L., a travel photographer, shares five handy tips for  travel photographers. Check it out and be sure to scroll down to tip number five. The photo he uses to illustrate his point is shocking. I’ve seen something similar – once. It was on the Mekong River, at the end of the day. As we arrived at the port a girl and a boy, ages somewhere between 5 and 6, were standing on the dock. At first, like everyone else on the boat, I thought how cute. And then almost everyone on the boat, some with lenses as long as my forearm, rushed to photograph the children. Did no-one else stop to wonder why those two little children had been sent to stand on the dock – on their own?

A craft woman at work

In Laos the street isn’t just a means of getting from ‘a’ to ‘b’ easily. A lot of daily life takes place outdoors, on the side of the road. Business transactions, cooking, children’s games, craftwork, very occasionally begging, were just some of the activities we saw.

The photo opportunities were constant. When an individual is the primary subject of my photo I always asked their permission. Occasionally the answer was no. That’s okay. Some days I don’t want my photo taken, either. And some ethnic groups in Laos believe that a photo steals part of their spirit. That should be respected, no matter your own personal belief.

When the answer was “Yes”, I soon discovered that my new acquaintance loved to see their photo in my view finder. Sometimes, if they had a few words of  English, they might say “Handsome”. Sometimes they laughed at the sight of themselves. No-one ever complained or asked me to delete the photo.

For me the surreptitious shot, although it might catch people in unguarded moments, doesn’t feel okay. I don’t like it when people do that to me.

Some of my favourite photos are the ones where the subjects are eyeballing the camera. Like this woman. Proud and, when I look at it now, maybe a little defiant. In that moment the lens has captured something Ephemeral, something of the woman herself and of how she regards me. I like that. 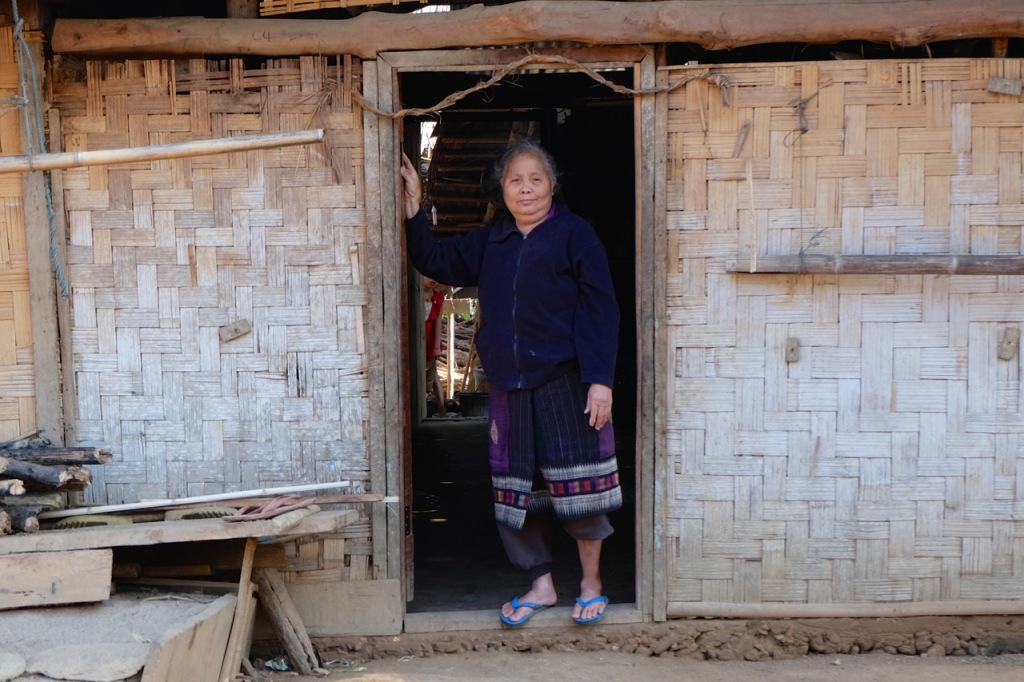 Almost always, whether the people I’ve met have been tuk tuk drivers, guides, or craftswomen they’ve been as interested in me as I have been in them. But the language barrier got in the way of sharing. It’s occurred to me, as I’ve been writing this that, not only can I take their photos, I can also show them some photos of my life from home. Photos of my family. Photos of my craft group. Don’t get me wrong here, I’m not suggesting that a hobby is the same as producing a garment out of necessity. But I am pretty sure what is the same is the sense of satisfaction, the pride in an article that’s well made.

And I like Joey L’s. suggestion of taking the time to send a copy of the photo to the person. I think some of the people I photographed back in January would have enjoyed their photo arriving in the mail to them around about now.

Tell me, how do you approach the matter of ethics in street photography? I’d love to know.