Vang Vieng – a town of contrasts

This small town, population 25,000, five hours by bus from Vientiane, the capital of Laos, is famous for its scenery and its party scene.

On our first evening we were entranced by the beauty, 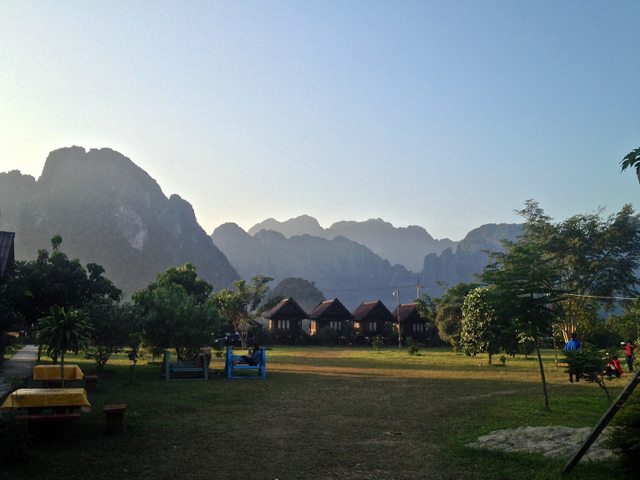 surprised by the partying, although we’d heard the stories – apparently it’s a lot calmer now,

and I came face to face with my first footbridge. 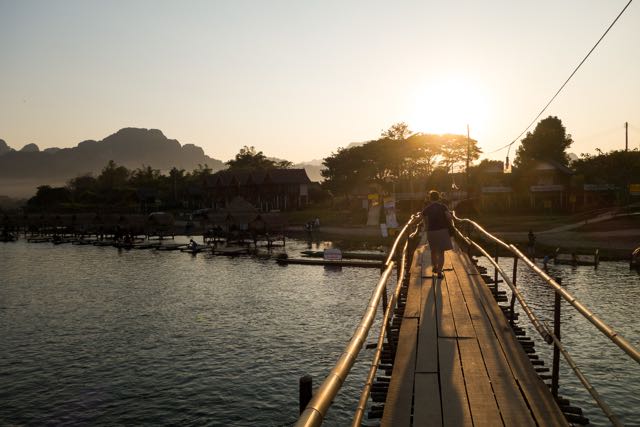 Me being brave on the footbridge

These rickety affairs compel me to take deep breaths and move as quickly as is reasonable whenever I have to cross one.

Today Vang Vieng is a tourist town. It’s difficult to believe that only forty or so years ago it was the site of a large US airfield, used in the Vietnam war. The airstrip is a wasteland now. We did see a small night market operating there. 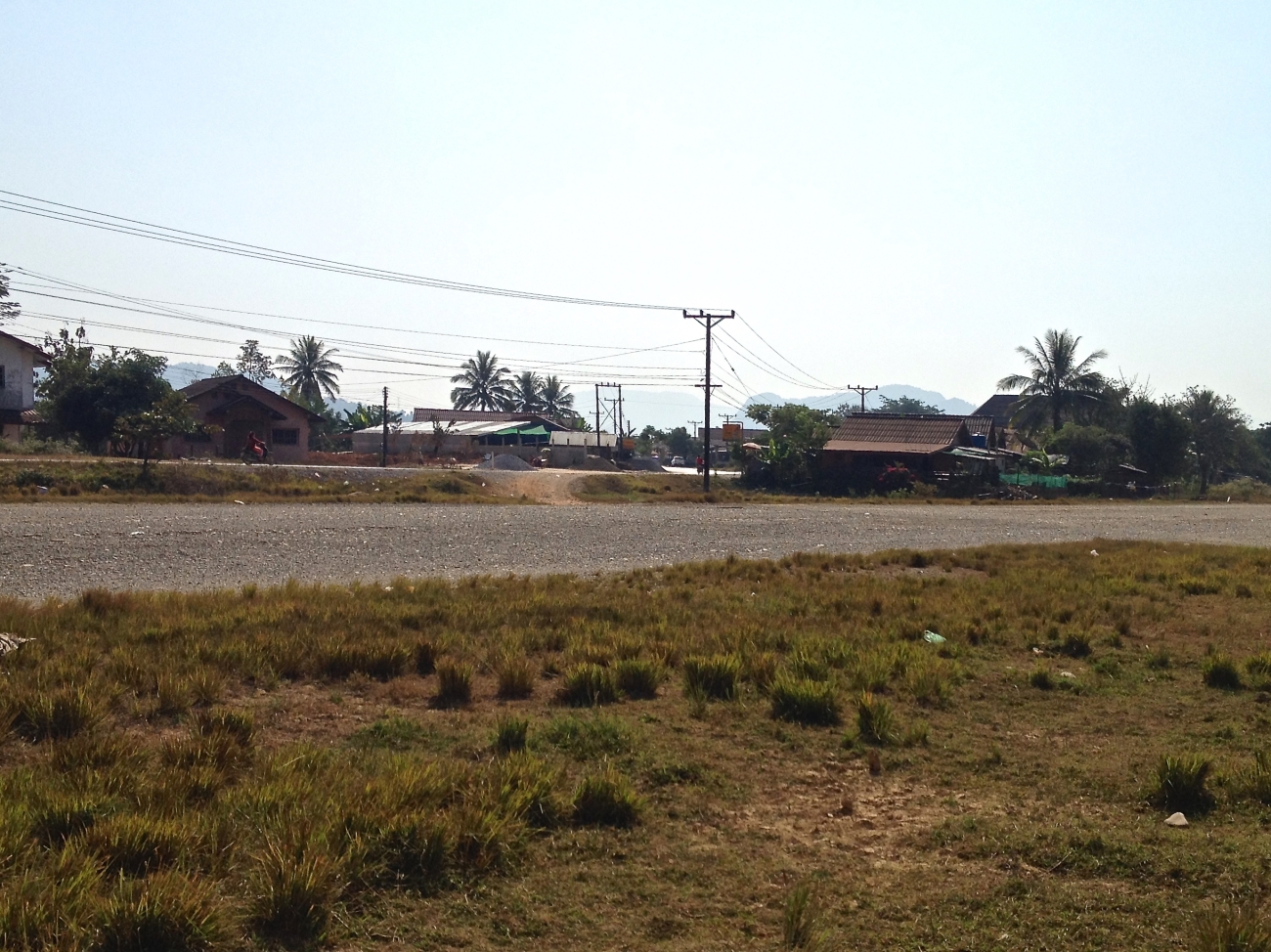 All that’s left of the airstrip

After a day spent exploring the country side, cycling in the morning  and by tuk tuk in the afternoon, I went back down to the river, hoping to catch the sunset with my camera.

I’d left it too late. The light was disappearing. On the footbridge, in the midst of party minded tourists, some on pushbikes, others on scooters, more on foot, I managed this one shot. 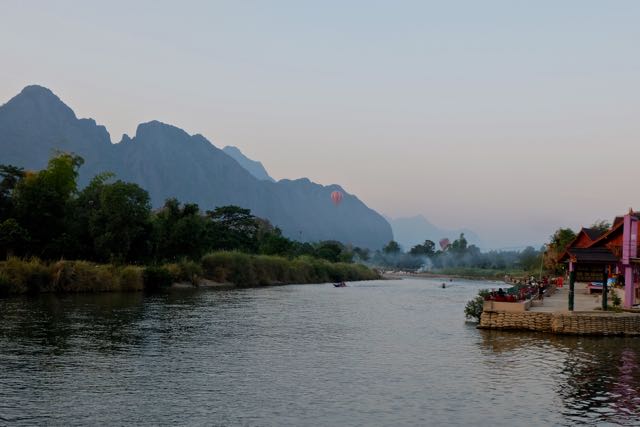 Sunset day two, from the footbridge

Triumphant at my success, not with the camera, but at having avoided an unwelcome plunge in the river, I hurried towards the end of the bridge. But, always, always pride goes before a fall, I’d allowed myself to be carried along by the crowd and I was at the wrong end of the bridge. To get back to the hotel I would have to either take the long way around or go back across the bridge.

A fisherwoman emerged from the river, her clothes saturated to her armpits, her net folded and her basket full. Most didn’t notice her. She kept her head down. She hesitated at the footbridge, as if steeling herself, people milled about her and then she stepped into the throng. I followed her. 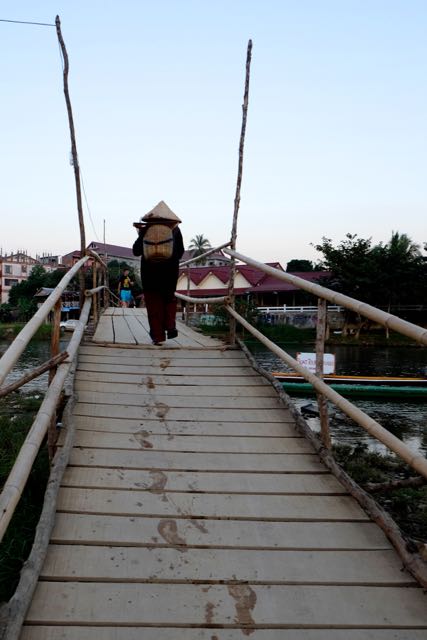 This photo doesn’t show just how busy the bridge was.

Few, if any, made way for her. Many times she had to give way. I caught up to her. She was forced up against the railing by motorbikes. Confronted with the two of us they let us go by. As we continued on I caught a glimpse of her face. I guess she’s aged somewhere between fifty-five  and seventy. That makes her a survivor of the Vietnam War, or more correctly because this is Laos, the secret war, and a survivor of the Lao Civil War.