The long road home from Gisborne to Napier takes you through the boondocks. Tiniroto Road, also known as the Inland Road, between Gisborne and Wairoa is almost as far off the beaten track as it’s possible to get in New Zealand without going off road.

Gisborne to Napier via Tiniroto Raod

It’s 104km of winding and hilly road that reminded me of the New Zealand of my childhood.

There’s only the occasional patch of forestry; there are no cafes and no wineries. This is farmland. Sheep farms, mainly.

At Tiniroto, just past the halfway mark there’s a pub,

and a fire station.

At the pub there was only one patron – whiling away his Sunday afternoon with a pint. He had the best view in the world for company.

If he thought us a couple of “soft” townies when we arrived, we confirmed it when we ordered a pot of tea.

Tiniroto, he told us, means valley of lakes. It’s limestone country and he told us the lakes were formed thousands of years ago. (Wikipedia says they were formed by landslides.) The fishing is good he said. And some of the locals used to water ski on the largest, Lake Rotokaha, but not any more. He didn’t say why. Perhaps they moved away. Or perhaps, now that the road is sealed rather than shingle, it’s easier to tow the boat to the beach.

In the half hour or so it took to drink our tea – we were in no hurry – a total of three cars drove along the road. One called in at the pub. It’s a busy place, Tiniroto.

We were keen to stretch our legs and we wandered up the road behind the pub, to the school and the fire station. There was one house. The curtains twitched at the window, a figure appeared, then disappeared.

Down Ruakaka Road these roses fighting for space in the hedgerow are a sure sign that someone, filled with hope no doubt, once planted a garden here. It’s long gone.

I don’t know the name of the pinkish one, but that pale cream bloom at bottom right looks to me like Madame Alfred Carriere, the first rose Vita Sackville-West planted at Sissinghurst, and which I have in my garden. It’s a hardy thing. Despite minimal attention from me and the ravages of die-back it blooms faithfully year after year.

Opposite the hedgerow, and although the grass in the paddock was a lush green, this calf was prepared to almost strangulate himself to get the tasty piece just beyond his reach. 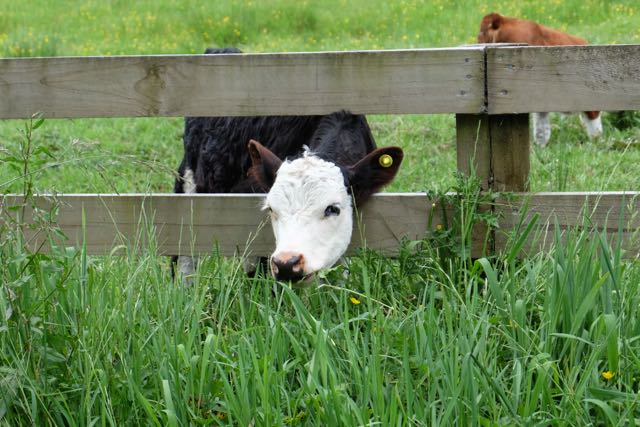 You could say the belief in the grass being greener is what brought most New Zealanders here, whether that was eight hundred years ago or yesterday.

A few kilometres down the road we turned into Te Reinga, hoping to check out the waterfalls. We could hear the roar from the car park. But unfortunately the lookout was closed and we had to make do with this historic photo from the DOC noticeboard. 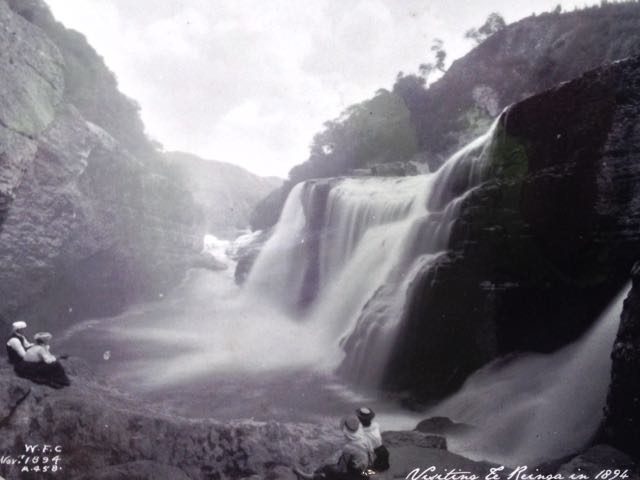 At the junction of Tiniroto Raod and State Highway 38 we came to Frasertown, where we turned left and headed to Wairoa.

There’s a lot going for Wairoa. It’s beautiful for a start. And despite some troubles the people are resourceful. But, as with small towns all around our country, it’s easy to see the times are tough. 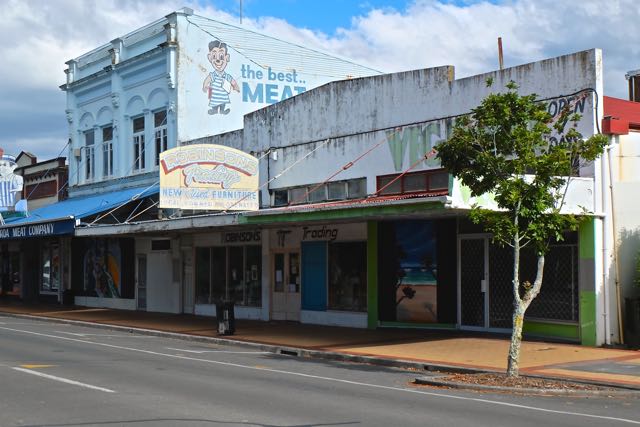 There was history everywhere we looked. The Old Portland Island lighthouse,

the commemorations to the chief, Te Kopu, who the sign says was a friend to the Pakeha, 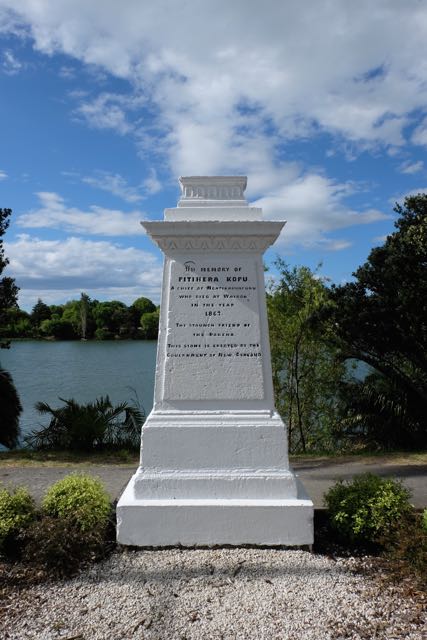 and across the road this village green was once a pa. The large oak to the left was planted to commemorate the coronation of Queen Elizabeth 11 in 1952. 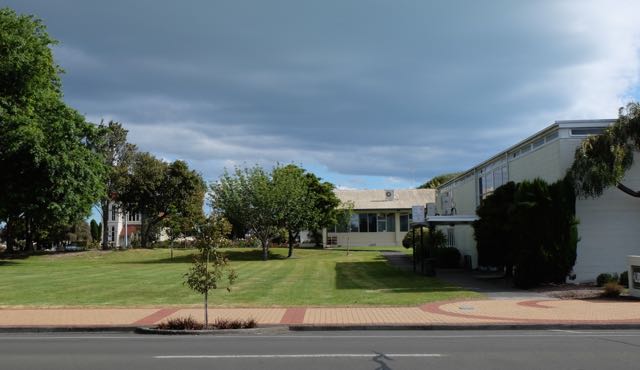 And in Wairoa the people were, maybe still are, God fearing. These two churches were only about one hundred metres apart.

The weather was balmy. What better place than this for fish and chips from Fish and Feathers on Marine Parade, Wairoa. They were delicious.

Tummies filled, we headed home. And when we got there my roses were in full bloom. 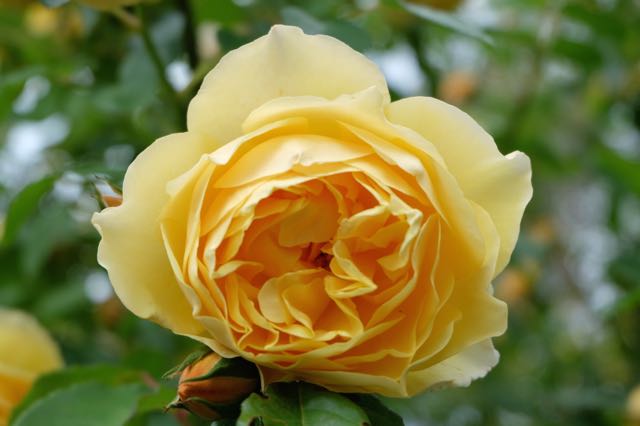 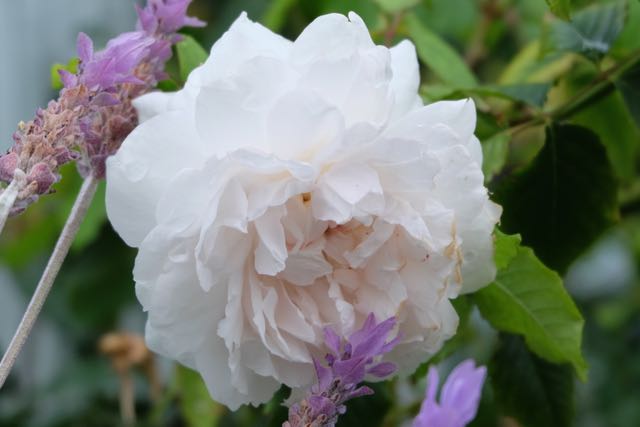 Categories: Gisborne, Hawkes Bay, Off The Beaten Track in Aotearoa

So long, summer #Ōtakibeach #Aotearoa
Back on the treadmill cos some things about Christmas and New Year in Aotearoa shouldn’t be unstoppable! Keep scanning those covid QRcodes though, please, everyone. #unstoppablesummer
My most like posts from #2020
A stormy couple of days #wildweather #ōtakibeach
Moody spring #ōtakibeach #birdonthewing #variableoystercatcher #tōreapango #iphonography
Freedom! #alertlevel2 #ōtakibeach #covid19
Loading Comments...
Comment
×
<span>%d</span> bloggers like this: