My book of the month: The Lady in The Van 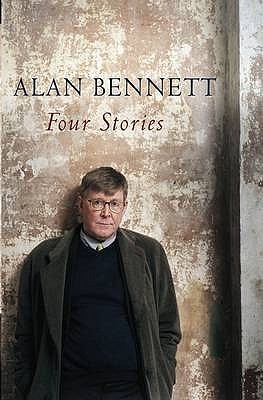 This month it’s not a book but a short story, The Lady in The Van by Alan Bennett.

There was a time when I read  Alan Bennett‘s books regularly. From my place in the world, Down Under, reading Bennett was like peering through a window into a neighbour’s front parlour. (Of course the very notion of a front parlour is quintessentially British; and colonial, perhaps.) In doing so I observed a way of life that was oddly familiar and yet simultaneously very different from my own in what the British like to call The Antipodes, but for me is Aotearoa—home.

Bennett’s politics, his antipathy to all things Thatcher, his pre-occupation with education and fairness and a decent life for everyone, and his warmth, his regard for the ordinary person sit well with me.  The collections Writing Home and Untold Stories, the play The History Boys, the movie The Madness of King George were amongst my favourites for years. And then after the release of the very funny The Uncommon Reader, I changed. Or perhaps he did. Like a friendship that grows distant, it’s difficult to say who was the first to step away. Whichever, my reading habits and my preoccupations moved to other matters and Alan Bennett dropped off my list.

But for a while, Bennett’s books were like a bridge into a world of might have beens. My forebears are English and, although our family had lived in New Zealand for almost a century by the time I was born, throughout my childhood my grandparents and parents referred to the UK as home. The books were a way of understanding what life might have been like  if I had, in fact, been born in the UK, had an Oxbridge education or, more likely, not, or lived out my life in London. Moreover, a New Zealander I knew did move to London and became, as people born immediately after WWII seemed to when they moved from “the colonies” to the UK, more British than the British of the day; reading Bennett afforded me a glimpse of their English life.

Earlier this year when I noticed that the movie The Lady in the Van was due to be released with Maggie Smith as Miss Shepherd, I knew it would be a must see for me.

And I knew, in keeping with a long held tradition—read the book before seeing the movie—the story would be a must reread.

Reread it, I have.

To say reading Bennett again is like picking up where we left off, would be inaccurate. It wasn’t instant love. My reading tastes have changed.  After A God in Ruins, and The Neapolitan series, the minutiae of day to day life with Miss Shepherd ensconced in her van between Mr Bennett’s front door and his gate missed the point for me—at first. I wanted something bigger, something meatier to think about.

Eventually, Bennett’s ability to tell a story, his droll British humour, and his love of people drew me back in. I was the one missing the point. There’s no lack of substance in this story. If you pay attention.

I found myself laughing out loud as I read. There’s much to laugh at and with:

She retired early and would complain if anyone called or left late at night. On one occasion Carole Browne was coming away from the house with her husband Vincent Price, and they were talking quietly. ‘Pipe down’, snapped the voice from the van, ‘I’m trying to sleep.’ For someone who had brought terror to millions  it was an unexpected taste of his own medicine.

When Bennett drew the line at allowing Miis Shepherd regular access his bathroom, I found myself thinking, How could you. And then I thought, how could she, as again and again she imposed herself on him and others, more often than not, ungratefully.

Yes, this story brought my censorious self to the fore. But by the time I tapped the final screen on my Kindle, I was admiring Alan Bennett’s fortitude, and yet, like him, conflicted about the situation. Could he have done more? More importantly, would I have done as much?  The truth is, on both counts, likely not. Even more powerfully, although my life is vastly different from that of Miss Shepherd’s, Bennett’s astute observations, his skills in telling the story meant I could easily imagine what life was like for her, readily comprehend, despite the dominant narrative of our times—that we choose the lives we lead, it is chance and circumstance which separates her situation from mine. She was I concluded, merely making the best of things as best she could. And that is Bennett’s great talent: his ability to expose the humanity that resides in all of us:

In giving her sanctuary in my garden and landing myself with a tenancy that went on eventually for fifteen years I was never under any illusion that the impulse was purely charitable. And of course it made me furious that I had been driven to such a pass. But I wanted a quiet life as much as, and possibly more than, she did. In the garden she was at least out of harm’s way.

Reading Alan Bennett, after a long hiatus is like meeting up with an old friend, one where estrangement has set in, where life has taken you down different paths, or so you think, until you begin talking once more.

I’m going to the movie this evening. I’m glad I’ve read the story first. For now here’s a clip from the trailer.

Have you seen the movie, or read the short story? Tell me, what did you think of it?

Back on the treadmill cos some things about Christmas and New Year in Aotearoa shouldn’t be unstoppable! Keep scanning those covid QRcodes though, please, everyone. #unstoppablesummer
My most like posts from #2020
A stormy couple of days #wildweather #ōtakibeach
Moody spring #ōtakibeach #birdonthewing #variableoystercatcher #tōreapango #iphonography
Freedom! #alertlevel2 #ōtakibeach #covid19
It’s been 49 days and tonight at 11:59 pm New Zealand’s team of five million moves to Alert Level Two.. Yesterday, right on cue, this glorious creature emerged. She’s in no rush to be on her way - she’s still here today but looking stronger. She’ll be on her way tomorrow. #washyourhands #teamoffivemillion #kiakahaaotearoa #covid19
Loading Comments...
Comment
×
%d bloggers like this: