Panama is a city of contrasts. The skyline must be one of the most impressive in the world. 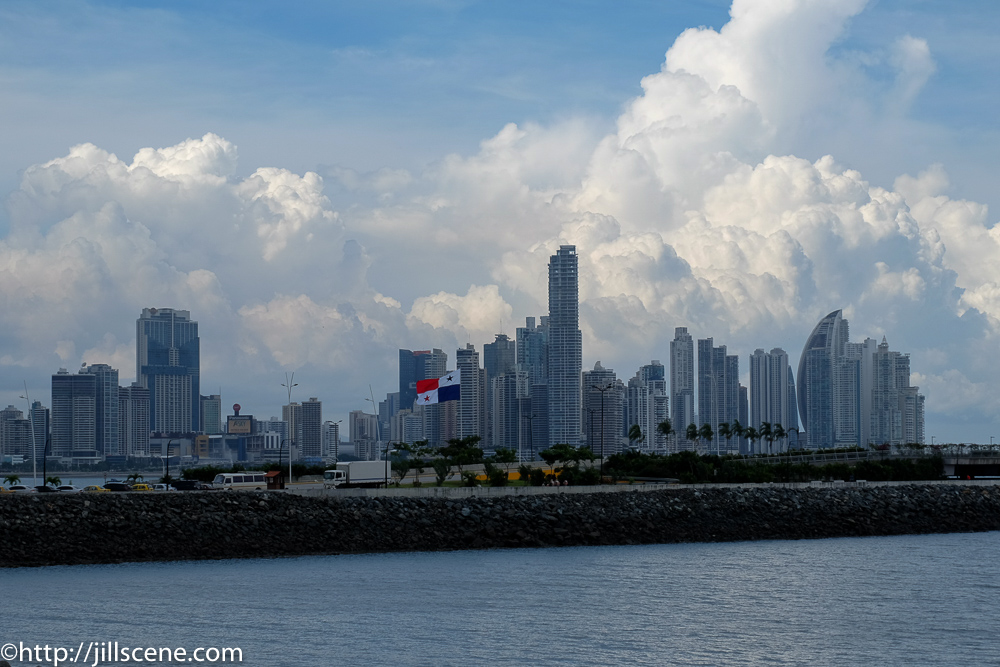 Oh, look, are those storm clouds brewing above Trump Tower?

And it’s home to one  of the greatest feats of modern engineering— the canal. I’ve posted about it before. 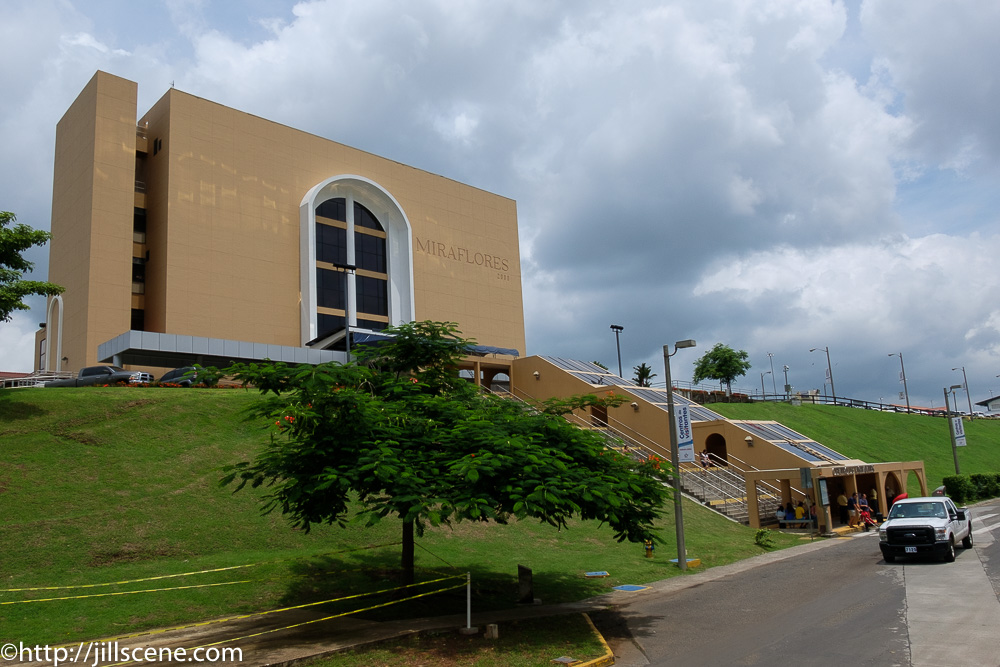 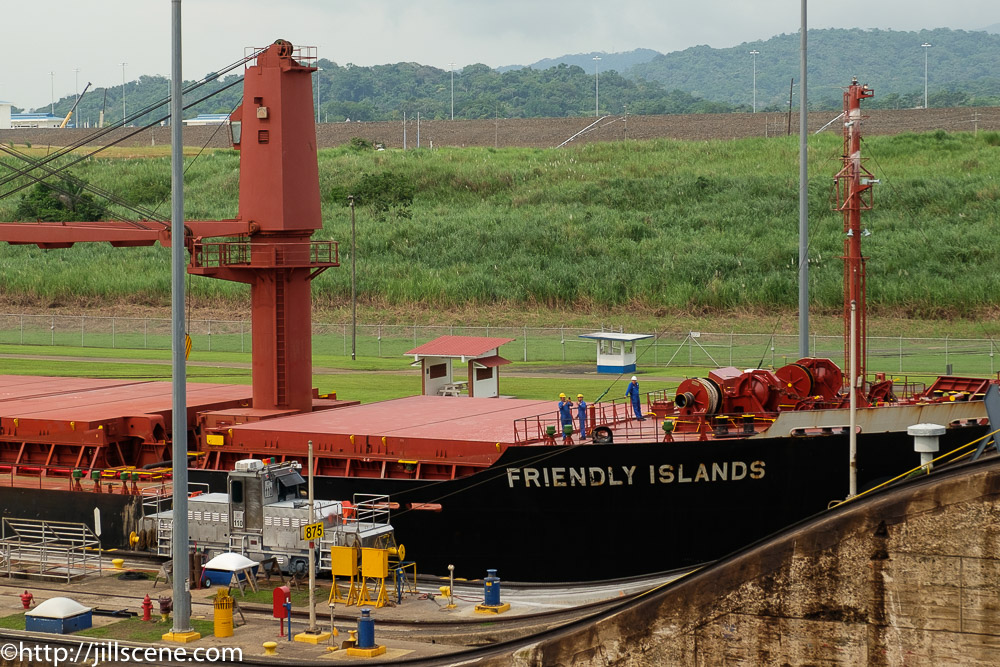 Oh, look at the name of this ship! It could be talking about home.

Passing through the canal is a highlight for the crew— if you look carefully you can see they are filming.

At the Pacific approach to the canal is the Bio Museo, designed by Frank Gehry.  It’s one of my favourite buildings, anywhere. I’ve been a fan of Gehry’s work since I visited the Weisman Art Museum in Minneapolis  back in 2006.

The Weisman Art Museum, photo from our 2006 archives

The Bio Museo has the trademark Gehry features; angled and cantilevered roof lines, an almost sculptural appearance. It’s a comfortable building—light and airy and cool. In contrast to the Weisman, which to my eye has the multi hues of snow, Gehry’s use of colour in the BioMuseo is all about the vibrancy of Panama. 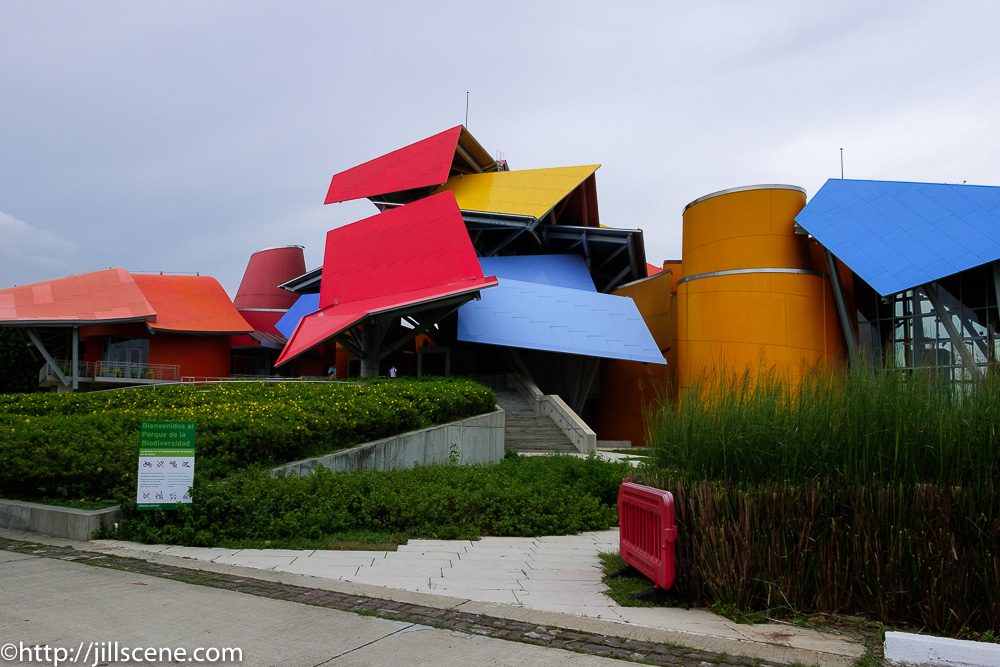 The BioMuseo from the butterfly garden

The exhibits are fascinating. There’s a detailed history of the region, geographic and cultural; an excellent model of the new developments and expansion of the canal, a room devoted to the design of the Museum itself which discusses the ideas that influenced Gehry. I like his approach, the way he sought inspiration from the site itself, and his willingness to play, to take risks. He  says:

Creativity is about play and a kind of willingness to go with your intuition. If you know where you are going and what you are going to do, why do it?

He could be talking about travel as much as creativity, don’t you think?

Outside the BioMuseo there’s a walkway though native flora, and a butterfly garden where I couldn’t resist trying for the perfect butterfly photo. Those beautiful insects had a sixth sense for spotting cameras, never settling for long on the Lantana, and fluttering away as soon as I approached. 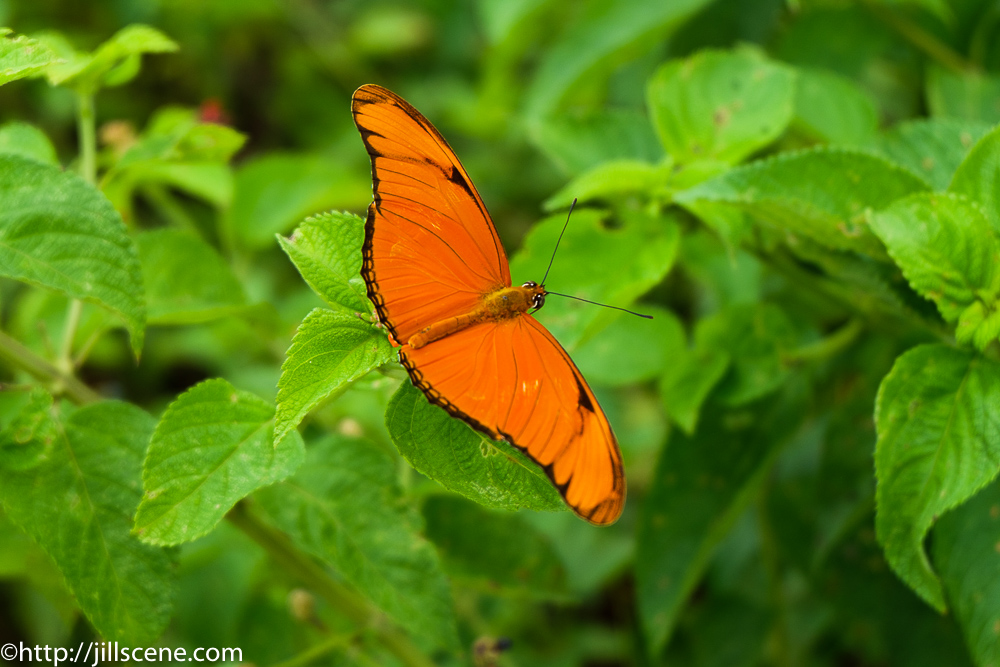 Butterfly at the BioMuseo, Panama City. 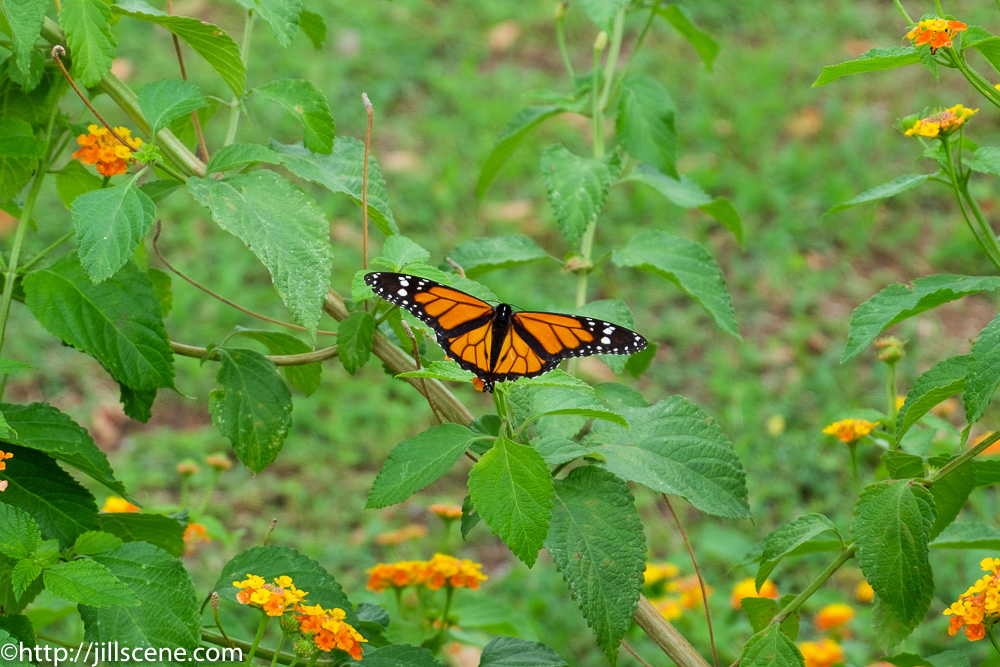 Butterfly at the BioMuseo, Panama City.

Five kilometres further along the Amador causeway is the The Flamenco de Isla. It’s  a good place to stop for lunch. There’s a multitude of water front restaurants overlooking the marina. It was quiet that day and we had no difficulty securing a table. The view here is spectacular.

The view from our lunch spot at The Flamenco de Isla

Returning to the city  we had more views of the cityscape. And we passed by buildings still showing the scars from the 1989 invasion of Panama by the USA, in Operation Just Cause. Estimates of  the numbers of civilians killed during the invasion range from the hundreds to the thousands.

The causeway ends in  Casco Viejo, the old town.  Our Lonely Planet describes this part of the city as half crumbling, half high-end, which seemed accurate to me.

View of the business centre from the Old City, Panama

The restored and the crumbling, the old and the new, Casco Viejo, Panama City

Frank Gehry’s BioMuseo pops into view at the Casco Viejo

So, tell me, do you have a favourite  building? Where in the world is it?