I’ve been road tripping around the Dakotas and Minnesota for the last three weeks. Connectivity has been erratic — I’ve been to some remote places. But currently, I’m in Two Harbors, Minnesota. Yesterday I visited Split Rock Lighthouse, on Minnesota’s North Shore of Lake Superior. It reminded  me of The Lighthouse Keeper’s Lunch, a picture book by Ronda and David Armitage that I loved to read to my children when they were toddlers.

There’s a lot that’s different, of course. For one thing, the Lighthouse Keepers’ homes are only a few feet from the Lighthouse itself. No winching lunch across the sea in a picnic basket for these keepers, or battling the waves of the ocean in a dinghy as the Armitages’ keeper has to in a later book.

The keepers here, there were three of them, lived on site in identical buildings, within a stone’s throw of the light and fog signal building. The head keeper had the shortest commute to work!

To compensate for the isolation the homes had all the latest mod-cons; central heating, a flushing toilet, and a very fancy oven. During  summer the keepers’ families joined them on the rock. 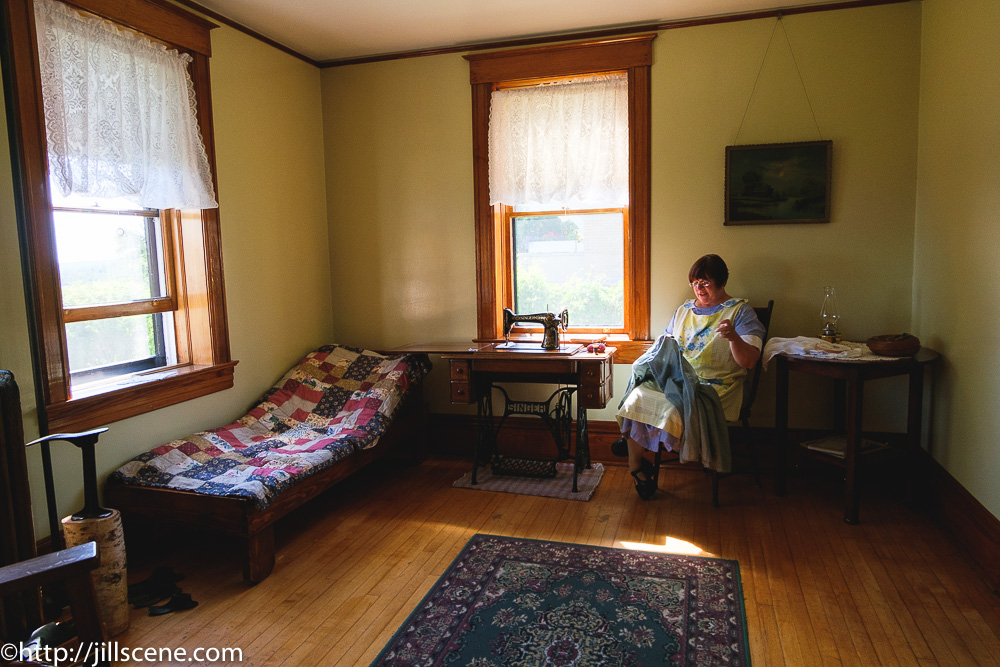 A guide at work, in the  head keeper’s house, who was just as I imagined the Lighthouse Keeper’s wife to be! 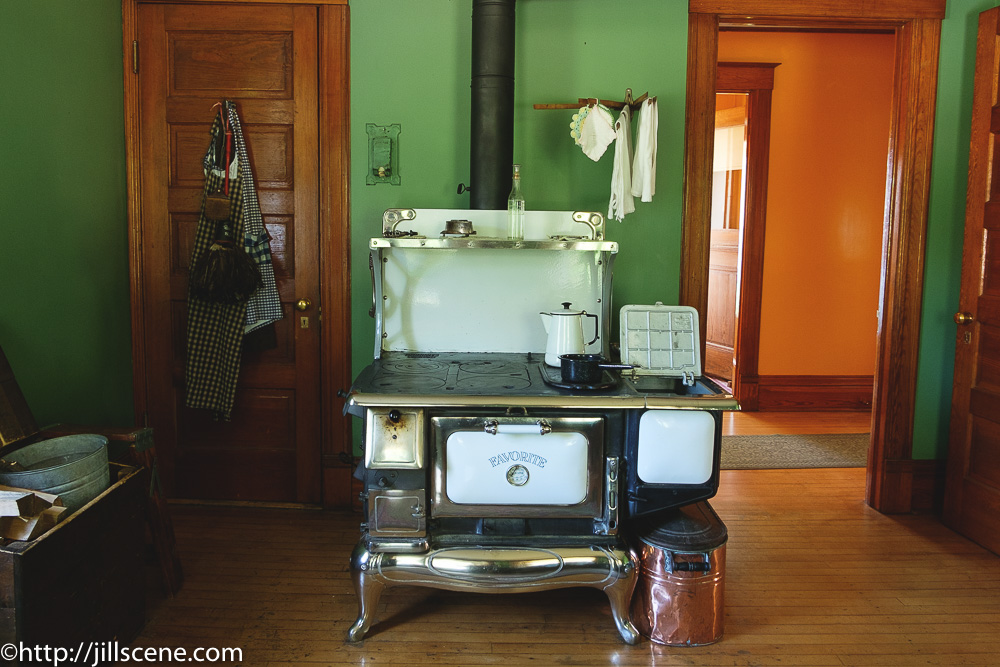 The Lighthouse was built after a disastrous storm in November 1905 during which 27 boats laden with iron ore and other produce were lost. The businesses on the East Coast that depended on the safe delivery of their ore lobbied government to build the lighthouse. But, as our guide said, there was little analysis of the practice of overloading and under manning the ships. (Funny that!)

The storm was so wild it created 30ft waves  which crashed against the cliff face, sending spray up and over the land as far as the modern day visitors centre. From the lighthouse it is possible to see a buoy marking the wreck of the Madeira which struck nearby Gold Rock during the infamous 1905 storm. Nine of the ten crew on the Madeira were saved.

I expected Split Rock Lighthouse to be on a split rock. I was wrong about that. In fact, it  sits above a sheer rock face about 130 feet above the lake, chosen for it’s height and visibility. It is named for nearby Split Rock River which is split by a rock.

The beam from the lighthouse could be seen, in good conditions, for up to twenty miles across the the lake.

A glimpse of the Fresnel lens.  When the light house was electrified in 1940 they used a 1000 watt bulb.

The height of the rock means that the Lighthouse itself is relatively short. A fact I’m sure the Lighthouse Keeper was grateful for, fewer steps for him to run up and down, every two hours.

There was also a fog signal house. The signal sounded whenever fog rolled out over the lake, a two second blast followed by 18 second silence. Imagine putting up with that until the fog lifted, which was sometimes days! (Check out the size of the fog horn in the top photo!)

A recording set at 10% of the volume of the original horn plays every half hour. That’s deafening enough.  The orignal siren was so loud the windows were reinforced with wire mesh to prevent the glass from shattering.  There’s a story that a child of one of the keepers snuck into the Fog Signal building. She later described being flattened to the floor  by the force of the sound waves. Sadly, she also suffered severe hearing loss.

The Lighthouse was decommissioned in 1969, when modern technology changed navigation procedures.

The entry fee of $10:00 gave us access to the grounds, a guided tour, as well as the option of movie outlining the history of the light house.

Split Rock is a National Historic Landmark and is on the North Shore Scenic Route, 47 miles north of Duluth, on Highway 61.

The Split Rock visitors site is operated by the Minnesota Historical Society:

The Minnesota Historical Society preserves Minnesota’s past, shares our state’s stories and connects people with history in meaningful ways, for today and for tomorrow. Because history matters!

We’ve got the place to ourselves #nzlife #lifewithouttourists #thisnzcovidlife #nationalpark
So long, summer #Ōtakibeach #Aotearoa
Back on the treadmill cos some things about Christmas and New Year in Aotearoa shouldn’t be unstoppable! Keep scanning those covid QRcodes though, please, everyone. #unstoppablesummer
My most like posts from #2020
A stormy couple of days #wildweather #ōtakibeach
Moody spring #ōtakibeach #birdonthewing #variableoystercatcher #tōreapango #iphonography
Loading Comments...
Comment
×
%d bloggers like this: