A reprise: Why go to Koh Wai, Thailand

Autumn has arrived with its hint of winter, and I’m dreaming of the tropics.

To celebrate those places in the world where my bones are warm and the sea water is as tepid as a bath , I’m sharing a post from my archives. It’s from my  trip to Thailand at the end of 2013,  and is  is guaranteed to transport you, virtually, to the warm waters of the Gulf of Thailand.

Why Go To Koh Wai

Twice, between the bus station at Trat and the pier at Laem Ngop, on the Gulf of Thailand, when fellow travellers learned we were on our way to Koh Wai and not Koh Chang they asked: Why? It was as clear as the waters of the Gulf of Thailand they considered us oddities.

1) Koh Wai is so far off the beaten track it’s not on Google Maps. If you’re the sort to check, the pin actually drops in Koh Chang, the eastern seaboard’s answer to Phuket, and Thailand’s second biggest island.

2) Getting there is half the fun. Especially when it involves walking the plank. Yes, plank – as in narrow wooden board balanced across the great divide between pier and boat. Forget hand rails, forget stability – it wobbled with each step. And then there’s the company. On our trip this included a chatty Irish couple, they are regulars to Koh Wai and to Good Feeling Resort where we were staying, and happily gave us all the inside info; an old style sea captain who was adept at preparing and eating his noodle soup while steering the boat; and a crate of pigs. 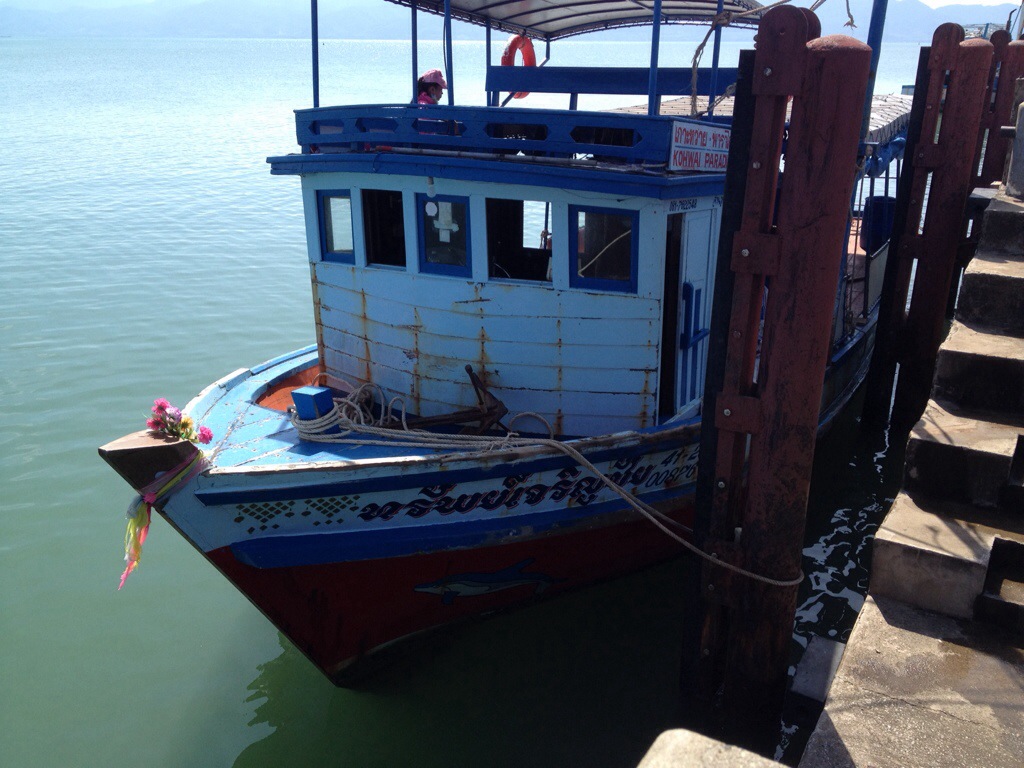 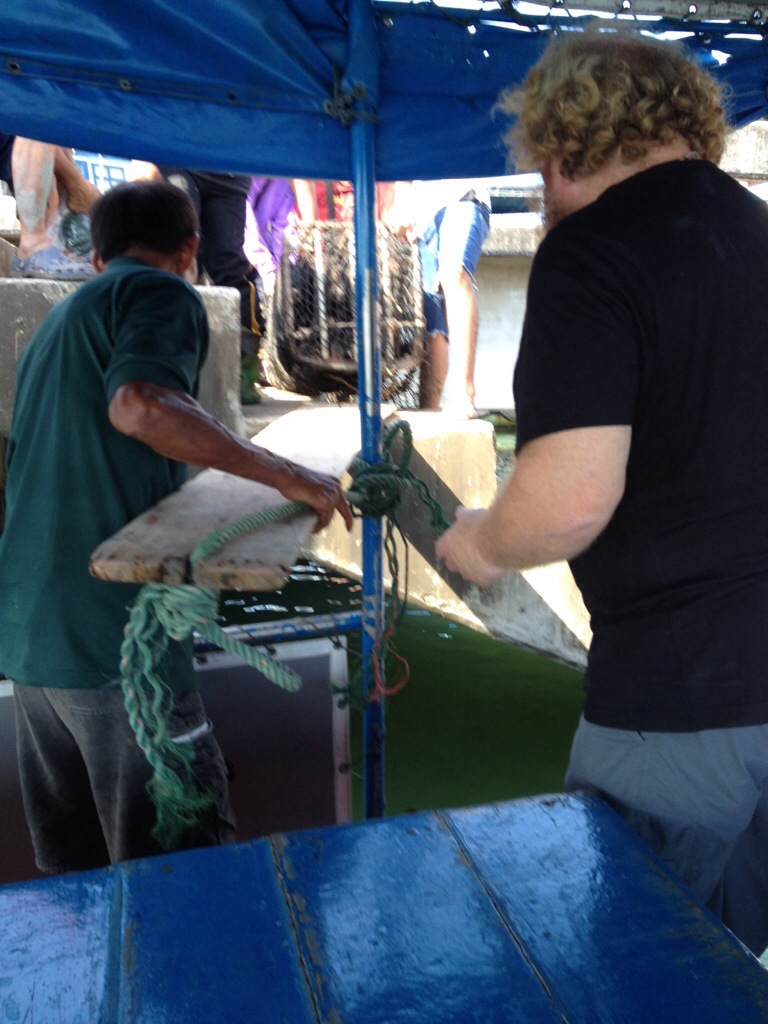 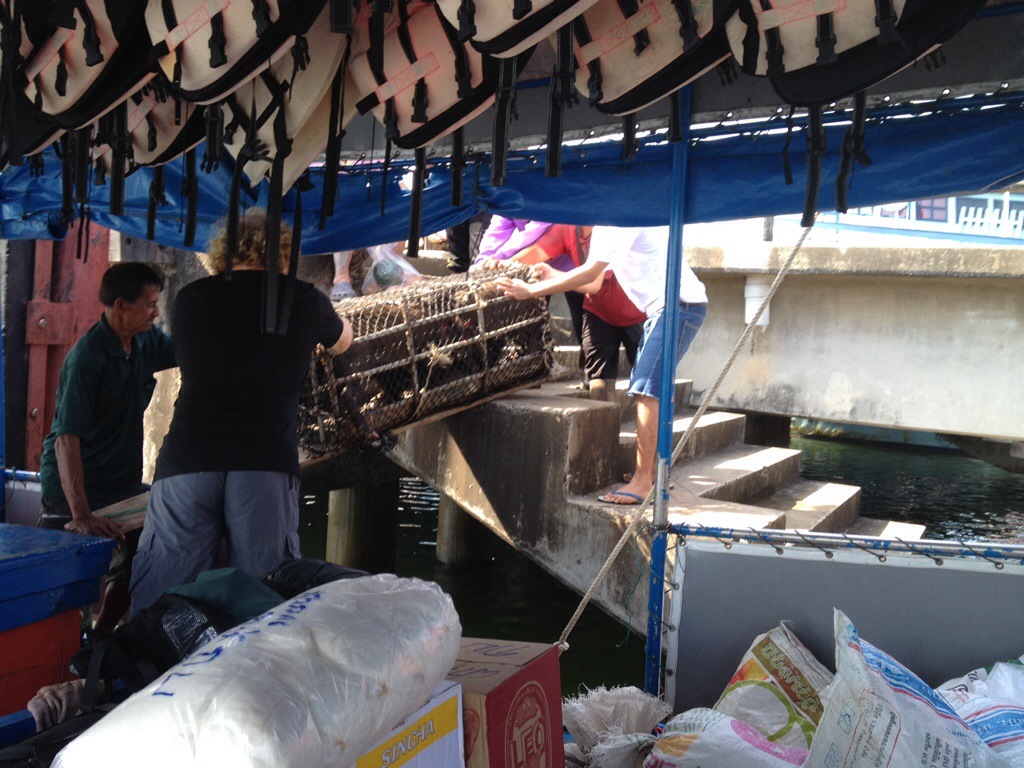 Getting off the supply boat at the end of the two and a half hour trip was even more fun – the tide had gone out which meant the angle of the plank between boat and pier was, well, steep. If dignity means not swearing, not bursting in to tears from panic, and, most importantly, not falling in, I kept it.

3) Koh Wai is rustic (the Lonely Planet says primitive but that’s a bit unfair). Rustic means limited internet – you have to point your device towards the tower on Koh Chang and hope the conditions are right; electricity only between 5.30 pm and 11:00pm; a walk through the jungle to the restaurant; and last but definitely not least, the absence of sun loungers. In the tropics they’re redundant – it’s much too hot to lie in the sun.

4) Waterfront bungalows are truly waterfront – three steps from our verandah and we were swimming.

5) Khop is the co-proprietor/chef and she pours good feelings in to all her meals. She makes the best Chicken Rice Soup in Thailand, (it’s our favourite Thai breakfast), the best Tom Yum Soup and the best home made bread! Our vote for the best Phad Thai does go elsewhere, but only because we know of another which is even better! But that’s another story. One I might tell later. 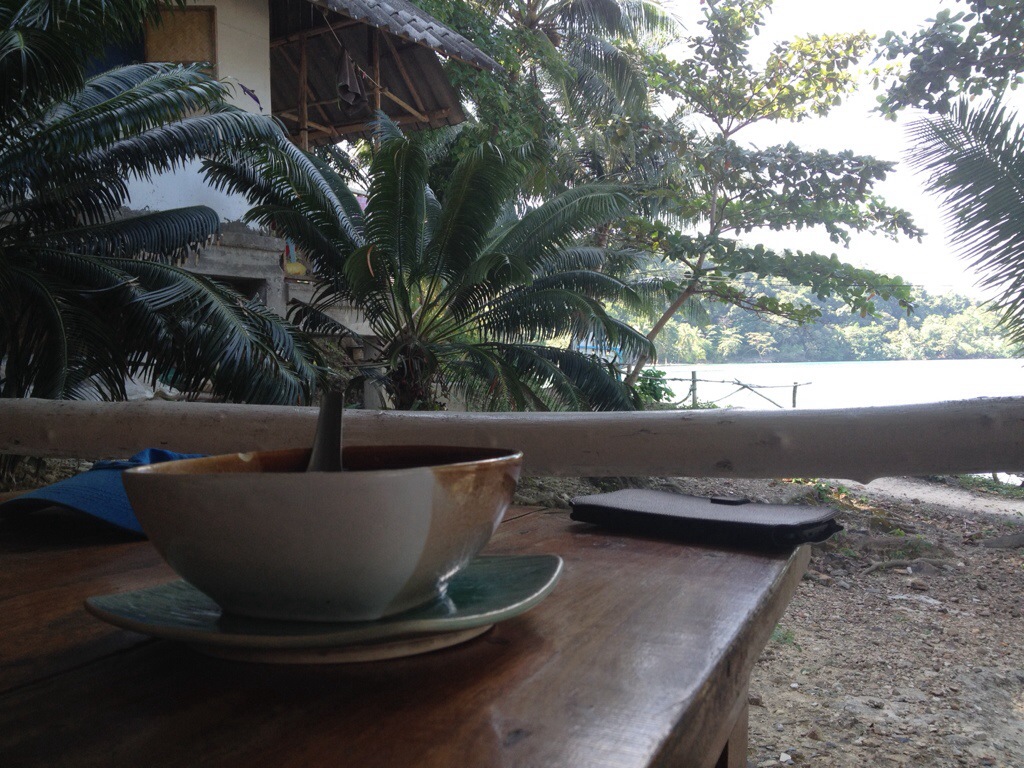 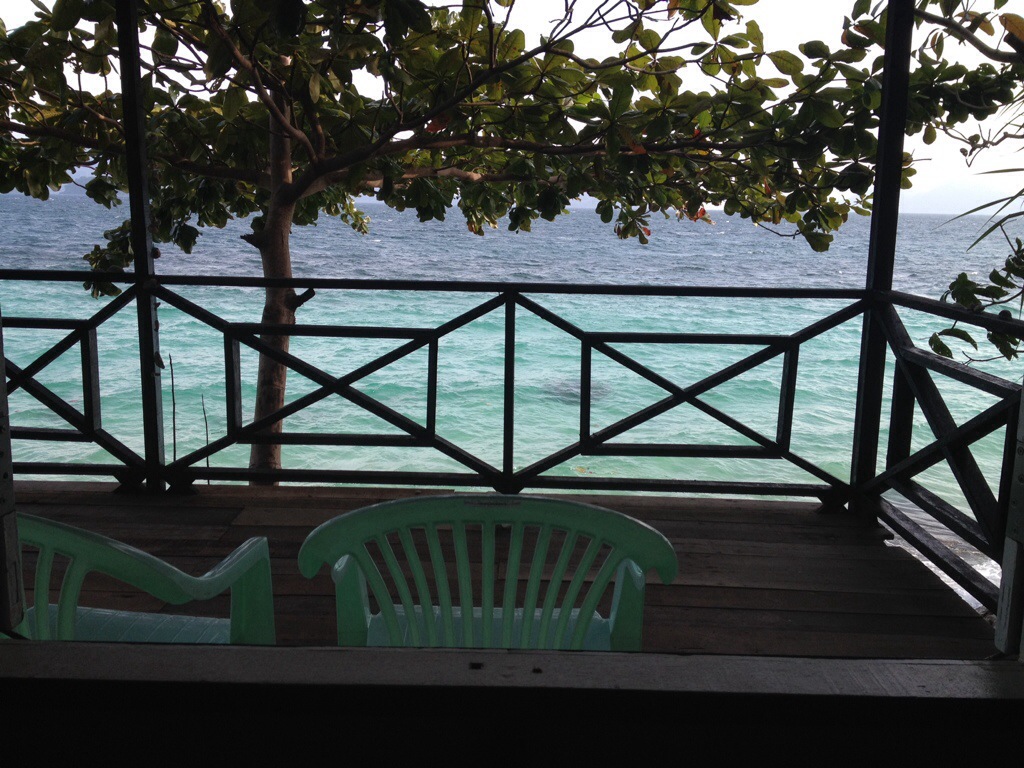 8) Khop greeted us by name when we stepped off the boat, I mean crawled up the plank to the jetty.

9) If you are a novice snorkeller, like me, the water is bath calm and just as warm, it is buoyant, and there’s plenty to see. Good Feeling has equipment for hire, if you need it.

10) Lastly, and perhaps leastly, although this depends on your disposition, there’s the interesting assortment of fellow travellers : the vain fitness freak, who liked to show off his prowess at push ups in the middle of the restaurant, the family who home schooled their children every morning after breakfast and took them snorkelling in the afternoons, the garrulous story tellers who go troppo each northern winter. And then there was the woman who wore dark glasses and always ate alone. I decided she was a writer, that or Janis Joplin is still alive and in hiding at Good Feeling.

So there you have it, our ten good reasons to visit Koh Wai. If, for you, getting there is half the fun, if you are agile enough and brave enough for the plank, and if rustic is your style, this is the place for you. Who knows you might just encounter Janis.