Inle (the word means small lake) in the Shan State, in North Eastern Myanmar, is famous for its fishermen, clear waters, and blue skies.

And after the thrill of crossing the lake by ferry the day before, I was happy to be on it again.

As we motored from the canal on to the the lake we were greeted by the gentleman below. He, and others like him, pose for tourists. 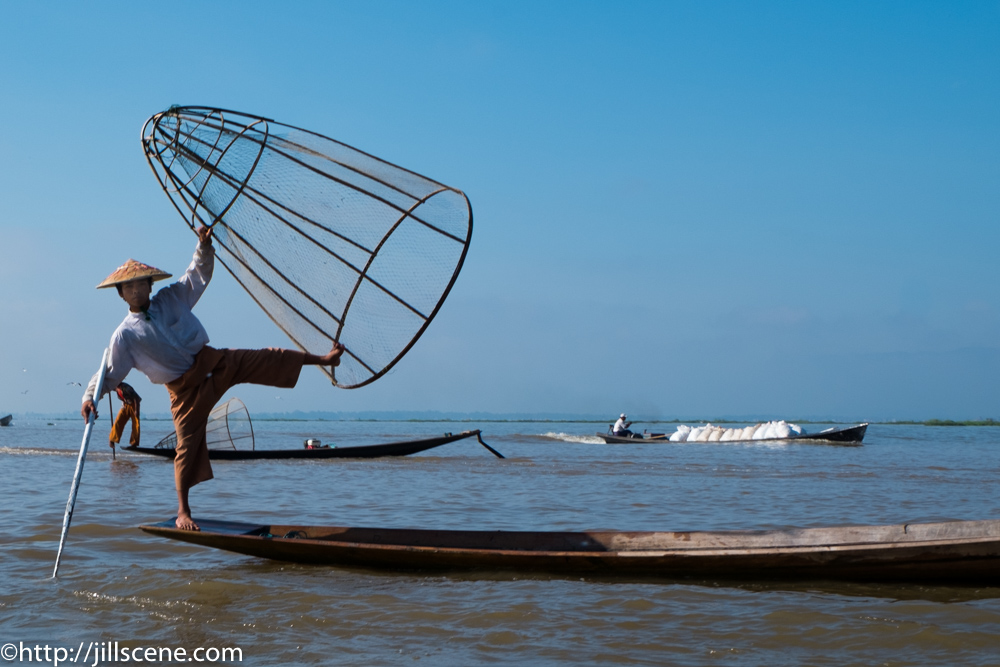 The lake is a shallow basin, two to three metres deep in the middle and only about a metre deep near the shore and in the canals. The depth varies according to the season and the amount of rain the monsoon brings.

The fishermen are known for their upright rowing technique which was developed to enable them to see over the reeds that surround the lake. 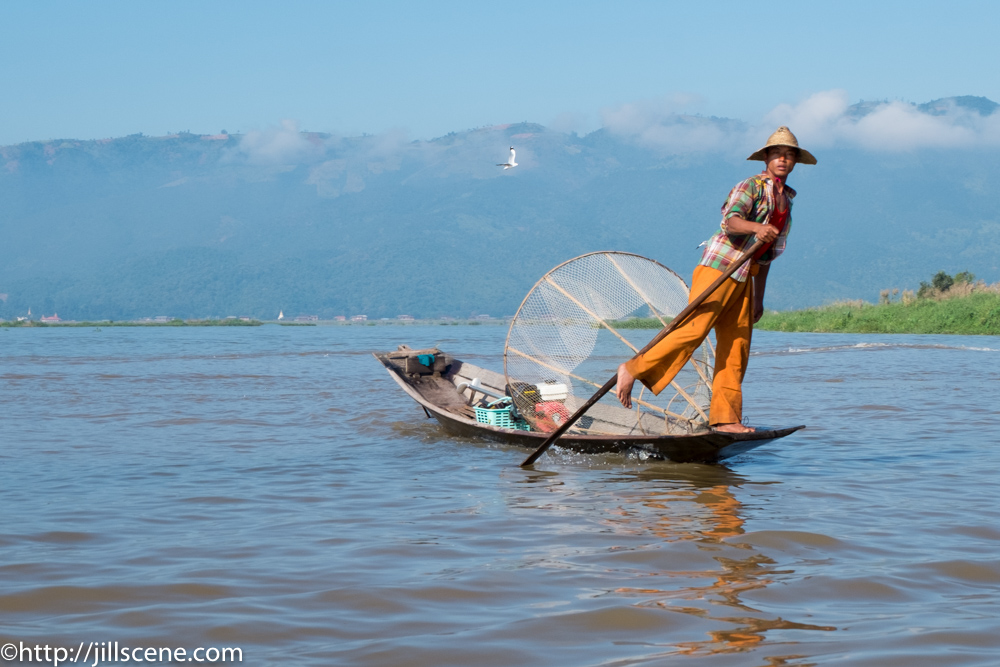 We were on the lake early, before the morning mists had lifted. 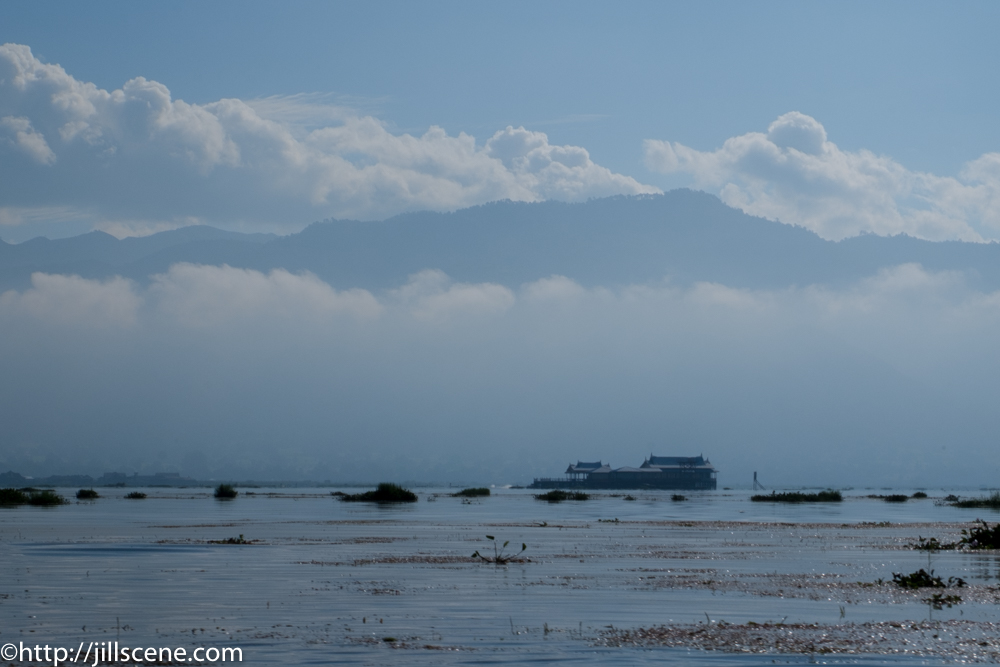 Monastery in the mist

But the fishermen had been out for hours. 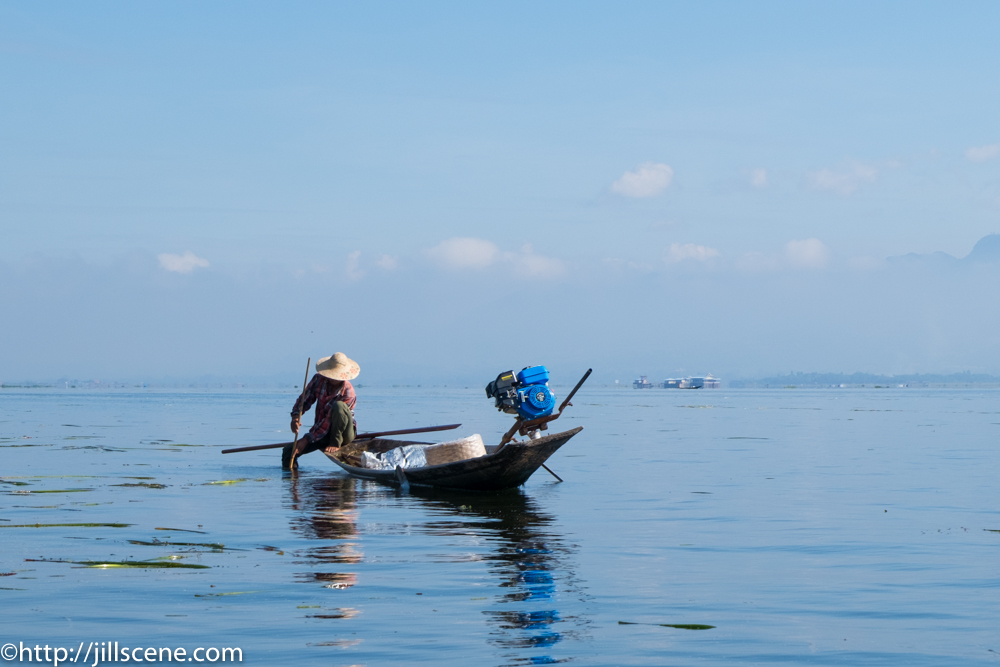 As the mist lifted, the blues deepened along with the shadows. 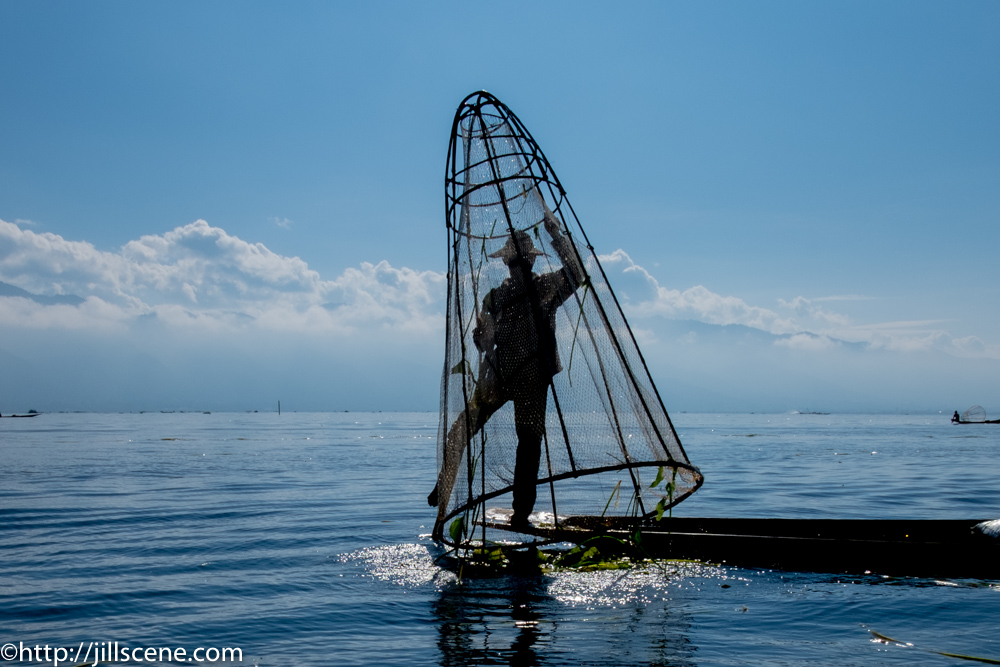 The men made it look easy, however they fish for hours to provide for their families.

Where are those fish?

The lake is vital to the economy of each of the nearby villages. Even the weed is harvested. It’s used as a base for the hundreds of floating gardens on the lake. 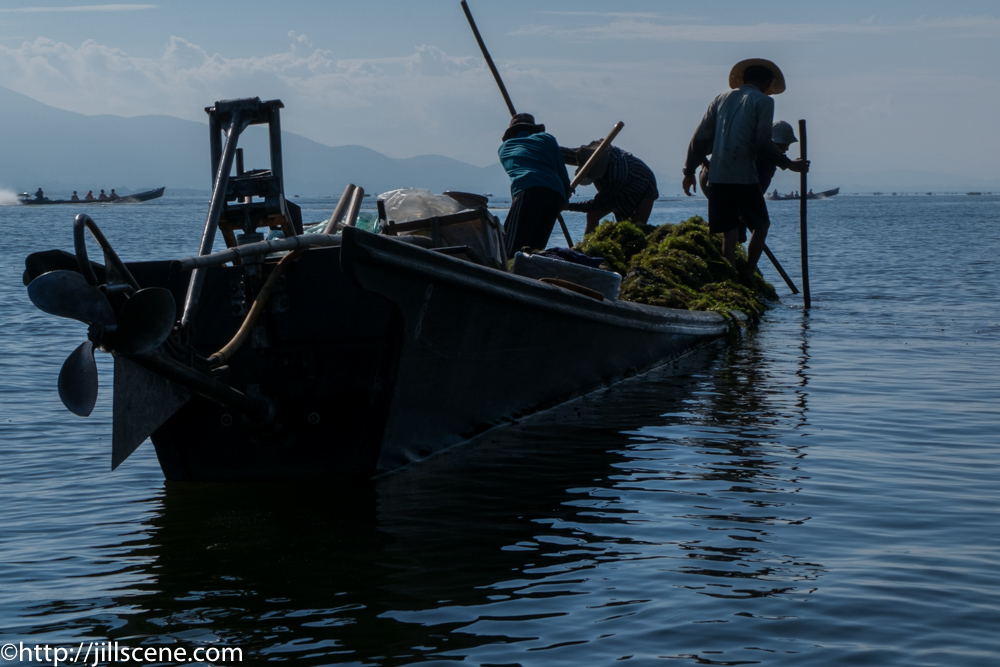 The Inle eco system is fragile and threatened by rapid growth in tourism, the commercial floating gardens, as well as a growing  population. Due to nitrate levels and other pollutants and despite its clarity, the water isn’t safe to drink.

The good news is that a proposal has been developed to rehabilitate the lake by 2025.